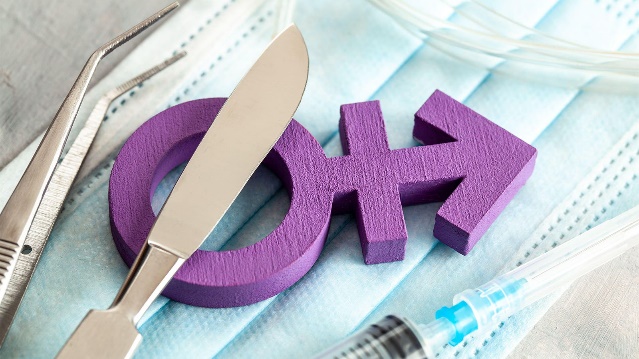 In a small interview-based study, people who wanted to discontinue or reverse gender-affirming medical or surgical interventions because of a change in gender identity — also known as detransitioning — reported a lack of medical and psychological support from healthcare providers, according to Kinnon R. MacKinnon, PhD, of York University in Toronto, and colleagues, writing in JAMA Network Open.

The qualitative study, which relied on narrative descriptions of healthcare experiences from participants, found that some individuals said they stopped hormone treatments « cold turkey » without the supervision of a healthcare provider.

In an accompanying commentary, Jack L. Turban, MD, MHS, of the University of California San Francisco, and colleagues noted that discontinuation of gender-affirming medical or surgical interventions is « rare, » but still emphasized the importance of having « clinical protocols…in place » in order to sufficiently meet patients’ needs.

According to the authors, one of the most common reasons cited for wanting to detransition included general physical and mental health concerns from their initial gender transition. Other reasons included surgical complications and pain following gender transition operations, as well as trouble accessing clinical care during the COVID-19 pandemic.

Reasons beyond medical outcomes stemming from gender transitions included a lack of social support, such as unsupportive parents or partners, and workplace discrimination.

While some individuals vocalized regrets during their initial gender transition, most were actually quite pleased with their medical and surgical treatments, the authors stated.

However, those who opted to detransition said this process tended to be more physically and psychologically challenging, largely due to « suboptimal » healthcare they received during this time. Many individuals reported stigma and a lack of knowledge about detransitioning among healthcare providers. MacKinnon’s group found participants turned instead to social media for support, and opted to detransition on their own, often stopping hormones suddenly without routine bloodwork.

One study participant said that while she had « overall positive relationships with her health care clinicians and therapist, » she felt « guilt and shame » about detransitioning, « and was concerned that her initial transition would be misinterpreted by clinicians as a ‘mistake’ or through a lens of ‘regret’ which was inauthentic to her feelings, » the authors stated.

Others said they were forced by either their parents or family to detransition, often without any medical support. However, in all of these cases, individuals sought out gender-affirming medical care again later on, the said.

The majority (67%) of individuals who pursed gender-affirming care and later detransitioned said they had no regrets and viewed their past gender-affirming interventions positively. A total of 22% said they felt regret and felt that medical transition was the wrong pathway for them, while 11% expressed ambivalent feelings, stating that they did not regret their decision to medically transition, but would have slowed the process, or sometimes felt a combination of being dissatisfied with their bodies and then content other days.

« At the population level, hormonal and surgical interventions are effective in improving transgender people’s gender dysphoria, mental health outcomes, and social well-being, » the authors wrote. « Yet, at the individual level it is not always possible for patients — or their clinicians — to predict with absolute certainty how treatments will be experienced. »

They added that « robust clinical outcomes research is needed to understand further the physiological and psychological effects of discontinuing or switching gender-affirming hormones, as data to triangulate these participants’ accounts are presently unavailable. »

The study was funded by the Social Sciences and Humanities Research Council (SSHRC) Insight Development program and a York University SSHRC Explore grant.

Turban disclosed support from, and/or relationships with, the Sorensen Foundation, Springer Nature, the Scientific Advisory Board for Panorama Global, the American Civil Liberties Union, Lambda Legal, and the American Academy of Child & Adolescent Psychiatry/Arbor/Pfizer. A co-author disclosed a relationship with Novartis.