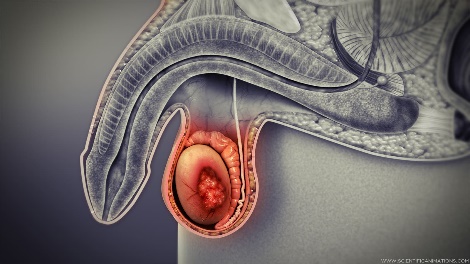 Overall, the 5,700 men included in the analysis had a 23% excess mortality from causes other than testicular cancer after treatment with PBCT or RT, as compared with the general population of men.

The risk of suicide increased by 65% among men treated with PBCT. As compared with surgery alone, excess mortality from causes other than testicular cancer increased with the number of cycles of PBCT, reported Ragnhild Hellesnes, MD, of the University Hospital of North Norway in Tromsø, and colleagues in the Journal of Clinical Oncology.

« The most notable excess mortality was caused by non-TC [testicular cancer] SCs [second cancers], and measures to avoid delayed SC diagnosis are essential, » the authors concluded.

« Additional information on this population is very important given they are young men when treated with long life expectancies, » Dreicer, a clinical expert for the American Society of Clinical Oncology, told MedPage Today via email.  »

This study showed a significant excess of second cancers over time and for the first time appears to show that exposure to more than two cycles of platinum-based chemotherapy increases this risk after 10 years of follow-up.

Additionally there appeared to be a greater suicide risk in men who were treated with platinum-based chemotherapy over time. »

He added that the results emphasize the need for medical oncologists and primary care physicians to be aware of the increased risk of second cancers and a potentially increased risk of suicide in patients treated for testicular cancer.

The disease has one of the highest cure rates among all malignancies. Across all disease stages, 5-year survival is about 95%. However, the excellent outcomes have been accompanied by excess long-term mortality 20 to 30 years after cancer diagnosis.

Introduced in the late 1970s, PBCT has played a crucial role in the dramatic improvement in testicular cancer survival, Hellesnes and co-authors noted. Unfortunately, however, the life-saving therapy carries a risk of life-threatening late effects, including cardiovascular disease and second cancers.

Until the early 2000s, RT was standard for localized and small-volume metastatic disease, but was subsequently abandoned in many countries, in part because of a well-recognized association with second cancers, Hellesnes and co-authors continued.

However, detailed information about treatment and its impact on overall and cause-specific mortality remain sparse, Hellesnes and colleagues stated.

They therefore undertook a retrospective analysis of the Cancer Registry of Norway to address the lack of detailed information.

The cohort had a median age at diagnosis of 33.1 and median follow-up of 18.1 years.

Second cancers accounted for 257 deaths, representing a 53% excess mortality as compared with the general population. SMR ranged from 1.43 to 3.24 after treatment with PBCT, RT, or both. The SMR associated with PBCT ranged from 1.69 to 6.82, depending on the type of second cancer, and from 3.02 to 4.91 after RT.

Noncancer deaths accounted for 408 of the total number, a 15% increase versus the general population. The SMR ranged from 1.17 to 1.55 following chemotherapy, RT, or both. Infection-related mortality was 3.73 times higher after surgery. PBCT was associated with a 3.29-fold increased mortality from genitourinary diseases and 1.65-fold increased risk of suicide. RT increased the risk of death from digestive diseases by 2.46.

Overall, CVD mortality was not increased in the testicular cancer cohort or by treatment modality, the authors reported.

CVD death during the first year of follow-up was significantly increased in patients who received PBCT (SMR 3.90); however, the statistic was based on a total of three events: two myocardial infarctions and one stroke.

Compared with for surgery alone, non-testicular cancer mortality was 1.42- to 2.79-fold greater after treatment with PBCT, RT, or both.

The increase in mortality was more pronounced for second cancers, ranging from 1.69 to 3.95.

Hazards for second cancer mortality were 1.79 and 2.85, respectively, for four and more than four cycles of cisplatin.

With respect to RT, non-testicular cancer mortality increased 1.48- and 1.60-fold with L-field technique or paraaortic exposure, increasing to 1.75 and 2.81 for mortality related to second cancers.

Study limitations, the researchers said, included a lack of information on possible lifestyle risk factors for cancer and cardiovascular disease; and that some patients received outdated treatments, although these treatments still influence the mortality risk, the team noted.

Charles Bankhead is senior editor for oncology and also covers urology, dermatology, and ophthalmology. He joined MedPage Today in 2007. Follow

The study was supported by Helse Nord RHF.

The authors reported having no relevant relationships with industry.