— Phenibut was found in all four products analyzed, with increased quantities in three 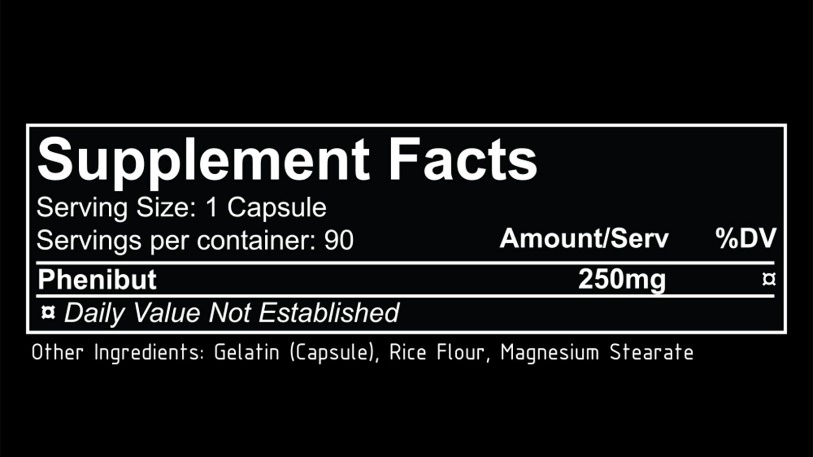 The quantity of phenibut, a potentially harmful drug, increased in three of four over-the-counter dietary supplements after the FDA warned manufacturers about the drug, a study found.

Before the warning was issued in 2019, two of the four analyzed products contained phenibut at dosages of 484 and 487 mg per serving.

After the warning, all four products contained phenibut, with dosages spanning from 21 to 1,164 mg per serving, reported Pieter Cohen, MD, of Cambridge Health Alliance and Harvard Medical School in Boston.

Quantities per dose were as much as 450% greater than the pharmaceutical phenibut tablets approved in Russia (250 mg), the authors noted in Clinical Toxicology.

FDA has been far too lax in monitoring the supplement industry, Cohen told MedPage Today. « Their warnings have been ineffective, [and their] work to regulate this product has been inadequate. »

The agency needs to shoulder some of the burden concerning phenibut specifically, Cohen added. « Over multiple years, companies are openly selling phenibut in supplements and the FDA is not stopping them or even warning them. »

Phenibut has been used to treat anxiety, insomnia, alcohol withdrawal, and other conditions in Russia. However, the FDA has never approved phenibut as a prescription drug.

It warned companies that the drug is not legally allowed in supplements via advisory and warning letters in April 2019, the authors said.

More than 80 cases of death and coma have been associated with phenibut consumption and withdrawal in the U.S., they noted.

The current results followed similar findings from Cohen’s team in March, which showed that weight loss and sports supplements contained many banned and unapproved stimulants.

The FDA has not made any strides in regulating the industry since then, Cohen said. « That’s really disheartening. »

Cohen and colleagues initially used a Google search to find the products. Those that listed phenibut or a synonym as an ingredient on their labels, those labeled as dietary supplements, and those for sale both before and after the 2019 FDA warning met inclusion criteria.

« Supplements were excluded if, upon inspection of the bottle following purchase, the actual label did not list phenibut or one of its synonyms along with the words ‘dietary supplement,' » they wrote.

The team bought nine products in February 2017, but one did not include the phrase « dietary supplement » when it arrived and was thus eliminated from the study.

By August 2019, after the FDA warning, six of the eight remaining products appeared to still be for sale online; only four arrived after they were purchased.

« We analyzed only products that were marketed as dietary supplements, and our study is not a survey of all phenibut products on the market, » Cohen and colleagues wrote, citing limitations.

« Our results are not generalizable to all over-the-counter phenibut products, many of which are labeled ‘research chemicals’ or ‘not for human consumption.' »

They also did not examine supplements that may include phenibut, but did not note that on online descriptions — even though phenibut has previously been identified as an undisclosed supplement ingredient.

Cohen questioned if the FDA has returned to the laissez-faire regulation that marked much of the late 20th and early 21st centuries, before it banned ephedra in 2004.

« The FDA has claimed they’re pushing for certain authority, but when it comes to these blatantly illegal products like phenibut, they don’t need any authority. They need to do their job, » he added. « We have an FDA that’s frozen, that’s inactive when it comes to regulating these supplements. »

Cohen’s team is now analyzing other supplements, mining for ingredients that the FDA has warned manufacturers about, as well as drugs the agency has not acknowledged.

The FDA did not return a request for comment. When the March study was published, the agency emailed a statement to MedPage Today: « We appreciate studies like this for raising awareness and bringing needed attention to these matters. However, in general, the FDA does not comment on specific studies, but evaluates them as part of the body of evidence to further our understanding about a particular issue. »

He often writes about issues concerning the practice and business of medicine, nurses, cannabis and psychedelic medicine, and sports medicine.

Cohen and a co-author, Roy Gerona, were subjects of a civil suit brought by Hi-Tech Pharmaceuticals, a supplement company, regarding beta-methylphenethylamine. Gerona’s case was dismissed and the jury found in Cohen’s favor.

A co-author works for NSF International, whose clients include supplement manufacturers.