‘Unbiased’ Genetic Screening Turns Up Cause of Kids’ Obesity 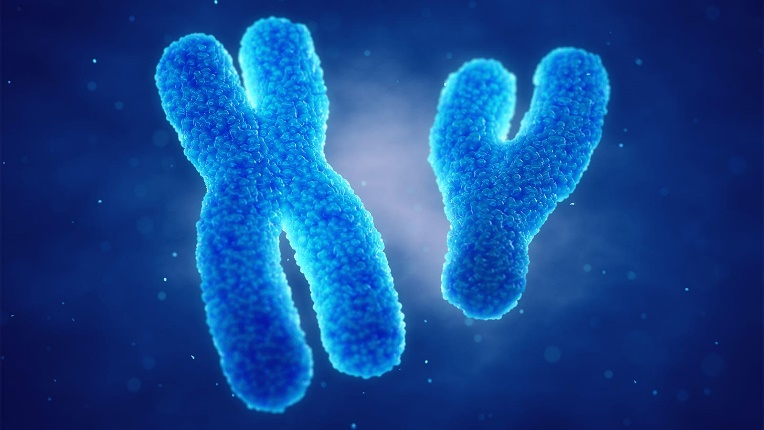 In a study of 2,548 children with severe obesity in whom genetic causes of obesity were not suspected, a total of 22 were found to have heterozygous GNAS mutations — the gene responsible for encoding Gαs (stimulatory G-protein alpha subunit), according to I. Sadaf Farooqi, MB, ChB, PhD, of Addenbrooke’s Hospital in Cambridge, England, and colleagues.

Because these 22 patients only presented with severe obesity and no other symptoms, none were suspected to have pseudohypoparathyroidism when referred for evaluation, the group wrote in the New England Journal of Medicine.

GNAS mutations can be to blame for growth problems and Albright’s hereditary osteodystrophy, which leads to developmental delays, short stature, and skeletal abnormalities.

Mutations on the maternal allele can also cause pseudohypoparathyroidism, leading to obesity and hormone resistance.

« GNAS sequencing has traditionally been performed only in patients with the classic features of pseudohypoparathyroidism, so our findings suggest that the true prevalence of pathogenic mutations is much higher than previously considered. »

« In view of our findings, the diagnostic approach to patients with clinical features of pseudohypoparathyroidism should also be applied to the evaluation of other patients with severe childhood-onset obesity, » they recommended.

« Early diagnosis of GNAS deficiency guides monitoring for hormone resistance, recognition of hypocalcemia as a cause of seizures, and treatment with levothyroxine when appropriate. »

They also suggested that « [g]rowth velocity and pubertal development should be monitored so that growth hormone therapy can be initiated before fusion of the growth plate. »

Of note, nearly all of the identified GNAS mutations impaired melanocortin 4 receptor (MC4R) signaling, underpinning the root cause of severe obesity.

All patients had rapid weight gain within the first 6 months of life, and about half had hyperphagia, leading to severe childhood obesity.

Prior to age 12, growth trajectories were similar to other kids with severe obesity without GNAS mutations.

Six of 11 patients ages 12 to 18 had reduced growth, but only one of 10 patients who reached final height by the end of the study remained at a short stature.

Thyrotropin resistance — considered to be a high thyrotropin level with normal or low free thyroxine (free T4) levels in the absence of goiter and antithyroid antibodies — was present in most mutation carriers.

GNAS mutations that affect signaling by the Gαs-coupled thyrotropin receptor were tied to developmental delays and higher average thyrotropin levels (mean 8.4 mIU per liter vs 3.9 mIU per liter, P=0.004).

« These exciting findings are not entirely unexpected, » wrote Harald Jüppner, MD, of Massachusetts General Hospital in Boston, in an accompanying editorial.

He pointed out that this group of study patients highlights a non-classic representation of pseudohypoparathyroidism type 1a and 1b (PHP1A and PHP1B).

« [I]nitial laboratory investigations, if performed during infancy or early childhood and if sufficiently comprehensive, revealed only mild elevations of [parathyroid hormone] levels and elevated thyrotropin levels in a subgroup of patients, » Jüppner wrote.

« Clear evidence of resistance at the receptor for PTH and the PTH-related peptide was obvious in only some patients who were evaluated later in life. »

Despite the apparent signs of severe obesity, he added that most patients in this study had no brachydactyly or only mild brachydactyly, only a few had abnormal pubertal growth spurt, and almost all reached a full final adult height.

While Farooqi’s group suggested that obesity caused by GNAS deficiency may be treatable with MC4R agonists, like the recently approved setmelanotide (Imcivree), Jüppner was less sure, noting that « it remains uncertain whether such peptides could sufficiently overcome resistance at this [G protein-coupled receptor]. »

« Hormone resistance develops in patients with PHP1A and PHP1B during infancy and childhood because of decreasing (but probably not completely absent) paternal Gαs expression.

It is therefore plausible that inhibitors of cyclic AMP inactivation would be more suitable for increasing intracellular levels of this second messenger and thus limiting hormone resistance, » he suggested.

In December 2020, the FDA approved setmelanotide for chronic weight management in patients ages 6 and older with obesity due to confirmed POMC, PCSK1, or LEPR deficiency. This was the first FDA-approved therapy for genetic causes of obesity.

This study was supported by grants from Wellcome, the National Institute for Health Research (NIHR) Cambridge Biomedical Research Centre, Fondation Botnar, and the Bernard Wolfe Health Neuroscience Endowment, and by an NIHR Senior Investigator Award, an award from the Expanding Excellence in England Fund from Research England, and a Wellcome Trust Major Award.