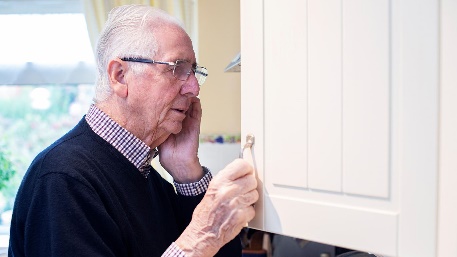 Cognitive impairment predicted risk for major cardiovascular events, stroke, and death in patients with type 2 diabetes, according to a large retrospective analysis.

Cognitive impairment was defined as a score 1.5 standard deviations or more below the mean on either of two cognitive tests administered at baseline.

« The fact that these relationships generally persisted after adjustment for age, sex, education, prior stroke or TIA [transient ischemic attack], and several other possible confounding variables suggests that cognitive status provides additional pertinent information regarding an individual’s risk of future vascular outcomes, » the team wrote in the Journal of Clinical Endocrinology & Metabolism.

In a statement accompanying the study, Gerstein added: « Our study found low scores on cognitive tests predicted heart disease in people with diabetes and other heart risk factors.

Although the explanation for this remains unclear, proven heart medications should be offered to these patients to reduce their future risk of a heart attack or stroke. »

In the paper, the researchers discussed several mechanisms of action that might link cognitive impairment and heart disease.

For example, cognitive impairment may be related to white matter or small vessel disease or infarctions in the brain that also exist elsewhere.

Another possibility is that cognitive dysfunction is associated with a lower capacity for self-care, risk-avoidance, and ability to manage diabetes.

In addition, the team continued, cognitive function is known to be associated with other risk factors for cardiovascular outcomes such as socioeconomic status.

Finally, research has suggested that cognitive impairment and cardiovascular outcomes could share common causes such as mitochondrial dysfunction, dysregulation of the sortilin pathway, activation of the hypothalamic-pituitary-adrenal axis, inflammation, dysglycemia, or brain and systemic insulin resistance.

Gerstein and co-authors reported the primary results of the REWIND trial in 2019.

Included were 9,901 adults from 24 countries with established or newly diagnosed type 2 diabetes, with an HbA1c of 9.5% or less.

After approximately 5 years of follow-up, those who received weekly injections of 1.5 mg of dulaglutide had a 12% reduced risk for experiencing the composite endpoint of non-fatal myocardial infarction, non-fatal stroke, or death from cardiovascular causes compared with those in the placebo group (HR 0.88, 95% CI 0.79-0.99, P=0.026).

The new post-hoc analysis included 8,772 participants from 24 countries who completed both the Montreal Cognitive Assessment (MoCA) and the Digit Substitution Test (DSST) at baseline.

Each participant’s raw MoCA and DSST score was converted to a country-standardized score to account for potential geographic differences.

The researchers also combined each participant’s MoCA and DSST score into a composite cognitive score, and used Cox proportional hazards models to examine associations between these test scores and cardiovascular outcomes.

Limitations of the analyses included their retrospective nature, the investigators noted.

In addition, they said, even though they administered two tests, the assessment of cognitive function was not comprehensive and did not include all cognitive domains.

Finally, the results might not be generalizable to patients younger or at lower risk for cardiovascular disease than those in the REWIND study.

« In summary, these findings elucidate two ways of using the results from more than one cognitive test to identify cognitive impairment in large international studies, » Gerstein and colleagues wrote.

« These findings also highlight the relevance of these novel indices of cognitive impairment for future vascular outcomes and suggest that the application of recent guidelines that recommend routine screening for cognitive impairment in older people with diabetes may identify individuals most likely to benefit from proven cardioprotective therapies. »

Jeff Minerd is a freelance medical and science writer based in Rochester, NY.

The REWIND trial was funded by Eli Lilly.