The future of the America’s Cup — Sailing news from the U.S. and beyond

The future of the America’s Cup—Sailing news from the U.S. and beyond 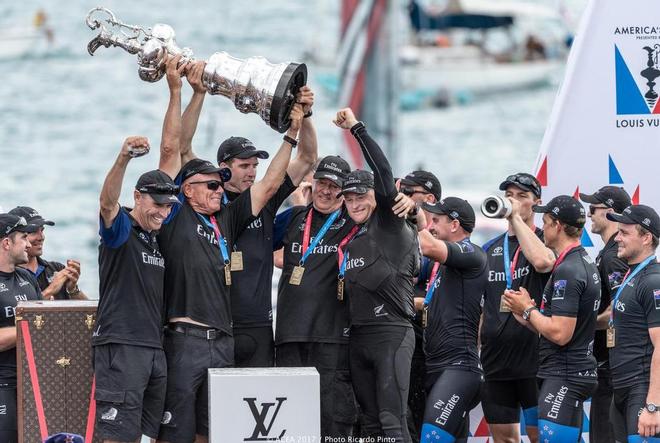 Grant Dalton and Emirates Team New Zealand (ENTZ) have some big decisions to make as the new custodians of the America’s Cup, which they decisively won in a first-to-seven (OK, so the Kiwis had to win eight races, but that’s a different story of America’s Cup “fairness”) race series that concluded on the waters of Bermuda’s Great Sound on Monday, June 26. Not only does this bring the Auld Mug back into Kiwi hands for the first time since 2003, but it also means that a whole new set of minds and values will get to (strongly) shape the Protocol that will govern the 36th America’s Cup (AC36).

So, with the Cup en route to Auckland, skipper Glenn Ashby (AUS), helmsman Peter Burling (NZ and a Gold medal winner at the Rio 2016 Olympics…you know, in his spare time from Cup sailing), Dalton and the rest of ENTZ will be returning home to a much-deserved hero’s welcome 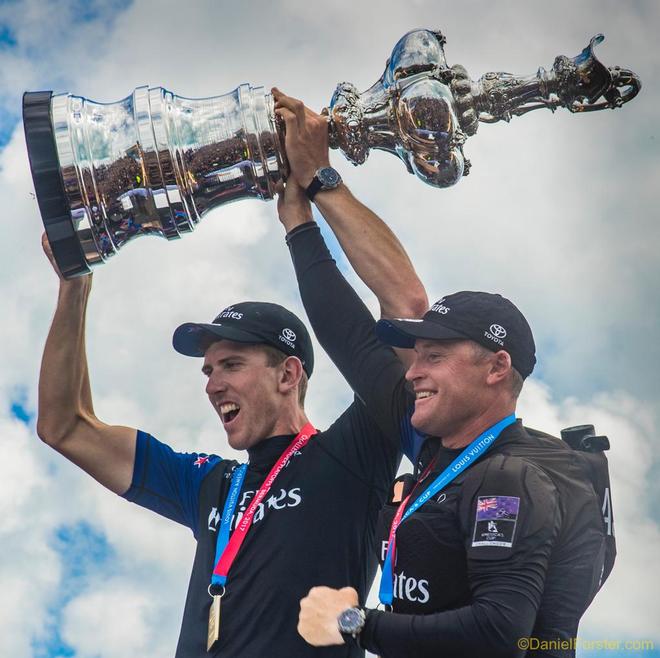 As team boss, Dalton will be working closely with Circolo della Vela Sicilia, the Challenger of Record for AC36, and its representative team, Luna Rossa Challenge, to determine the Protocol in the months (and year) ahead

This comes as tough news for the other five teams that competed for AC35, as these teams had signed a framework agreement that would have determined many of the particulars governing AC36 and beyond, but, since the winner of AC35 was the lone team not to sign this framework, everything that was determined at a high-level meeting of the teams in London is now out the window 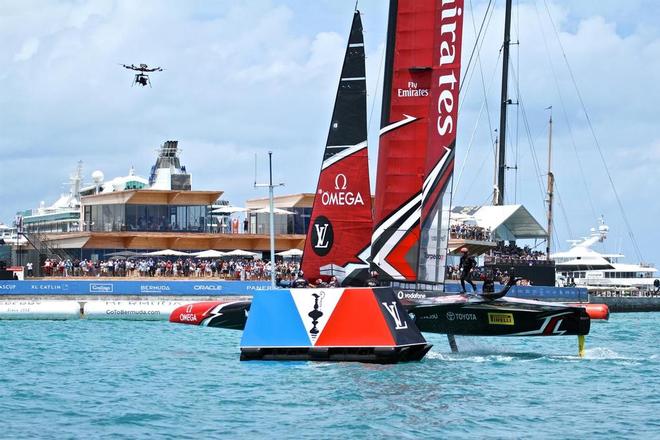 Instead, ENTZ and Luna Rossa Challenge get to determine everything from the type of vessel to the nature of each crew, and everything in between. Here, I for one am seriously hoping that ENTZ moves to enforce a strict nationality rule (or one that governs a large bulk of their crew selection), as this would return Cup sailing to the days of yore when American fans would cheer for an American boat that was red, white and blue in more ways than just the entry flag.

Dennis Conner, who won more than his fair share of Cups, has a famous line about always betting on self-interest in the America’s Cup as it’s always running. When thought of in this light, the Kiwis should love a nationality rule, as every one of their sailors where New Zealanders, sans Australian Ashby, who has lived on the island nation for years. Moreover, a census of every Volvo Ocean Race team, Olympic winners and Cup sailors quickly reveals that Kiwis are easily some of the world’s best, toughest sailors. So, it makes sense that ENTZ would bet on self-interest there. (Former defender Mr. Ellison and his Oracle Team USA sure as heck didn’t, but again, that’s a different story.) 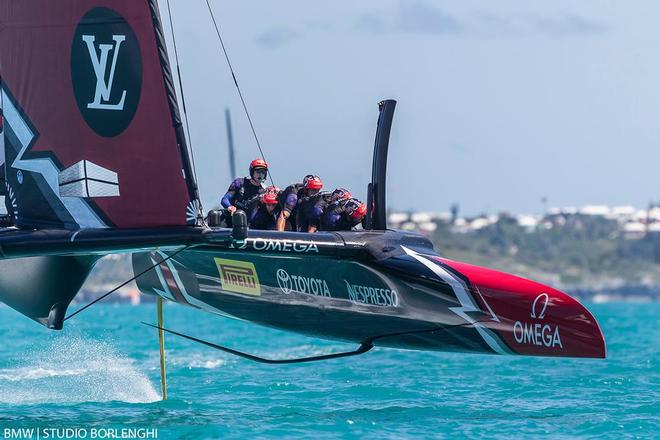 There’s also been a lot of dock talk about the looming decision as to what kind of vessel will determine AC36, with some Cup stalwarts wanting to see a return of the J-Class era, and others wanting to continue to embrace hydro-foiling. Again, when thought of in light of Mr. Conner’s wisdom, it’s important to remember that the Kiwis were the first team to foil their AC72 catamaran prior to AC34 (SFO, 2013), and they were clearly the team with the best systems and controls in AC35. From my vantage point in Seattle, it sure looks as if they have cracked the nut on foiling, so it makes sense that Dalton and company will at least give heavy consideration to foil-borne raceboats for AC36.

As for location, you can bet your last roll of duct tape that AC36 will be contested on New Zealand waters, likely right off of Auckland, making Cup racing super accessible to millions of Kiwis and international visitors

What’s a lot less known is whether there will continue to be a series of run-up regattas (the America’s Cup World Series) leading up to AC36, when AC36 will unfurl, and whether Larry Ellison, the Golden Gate Yacht Club and Oracle Team USA will stay involved in Cup sailing

The Kiwi government has already announced a $5M (New Zealand dollar) cash infusion into ENTZ’s usually cash-starved coffers to retain key staffers, so the wheels of progress are clearly turning. So, for Cup fans everywhere, now is the time to employ some patience and see if Mr. Dalton and company can restore full international luster to sailing’s loftiest prize

May the four winds blow you safely home.