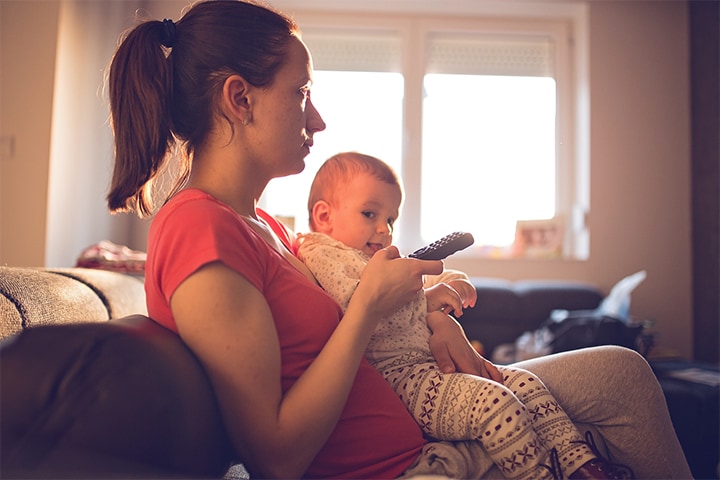 Babies who watched television or video screens when they were 12 months old showed more autism-like symptoms when they reached age 2, a prospective study showed.

Similarly, 12-month-old infants who had daily play with their parents had fewer autism-like symptoms at age 2, reported David Bennett, PhD, of Drexel University College of Medicine in Philadelphia, and co-authors.

While the study demonstrated associations between these activities and autism-like symptoms, it did not show a link with ASD risk, the researchers noted.

“This is the first prospective study to examine screen viewing at such an early age — 12 months — and later autism symptoms, to our knowledge,” Bennett said.

“The findings highlight the possibility that environmental factors in the first year of life — specifically, playing with one’s child regularly and avoiding screens — could decrease the risk of autism symptoms at age 2 years,” he told MedPage Today.

Whether screen viewing and lack of social engagement lead to autism symptoms or are simply correlates of autism symptoms is not clear, Bennett added. But there are ways screens may raise autism symptom risk, he noted. “Screen viewing during infancy has been found to cause increased specialization of brain pathways involved in the processing of audiovisual stimuli in a non-social manner, which can compete with and negatively affect social processing pathways.”

Previous studies have reported that about 50% to 80% of autism risk is genetic, but non-genetic contributors are poorly understood. The rising prevalence of ASD — now one in 54 children, according to the CDC — has “given pause to many epidemiologists and spawned aggressive attempts to search for an explanation,” noted Dimitri Christakis, MD, MPH, of the Seattle Children’s Research Institute, in an accompanying editorial.

“Notably, the rise in ASD incidence began in earnest in 1996,” Christakis wrote. “What else began in the early 1990s? Infant television viewing. In 1970, the mean age at which children began to watch television was 4 years; by 2006 it was 4 months.”

“Ecological associations are always fraught and problematic, but there are compelling theoretical reasons to believe that a potential causal linkage may exist between excessive early exposure to media and developmental outcomes in children,” he added.

Media’s potential effects on child development may play out through two pathways, Christakis speculated. The first is direct: “In the case of infants, who do not cognitively process what they watch, the direct pathway relies primarily on the formal features of the programs — the pacing and the edits — which for infant shows are unusually rapid and abrupt. The second is indirect; time spent with media comes at the expense of time spent with other activities, including social interactions, he noted.”

In their study, Bennett and colleagues used data on 2,152 children from the National Children’s Study (NCS) archive. NCS was a U.S. multicenter study of children enrolled at birth from 2010 to 2012. Caregivers reported whether their child viewed television and/or videos (yes or no) at age 12 months, hours of viewing at age 18 months, and frequency of playing with the child (daily or less than daily) at age 12 months. The study also collected data about the risk of ASD and ASD-like symptoms when children were age 2, measured by the Modified Checklist for Autism in Toddlers (M-CHAT) or revised M-CHAT.

Gestational age of 32 to 35 weeks, lower family income, and minority race and ethnicity were tied to greater ASD risk and ASD-like symptoms. High screen viewing when children were 18 months old was not significantly associated with ASD-like symptoms (change 10.7%; 95% CI −2.0% to 23.0%) or ASD risk at age 2.

“The American Academy of Pediatrics Media and Young Minds statement recommends no digital media before 18 months of age, given the absence of demonstrable benefits and the theoretical and limited empirical suggestion of harm,” noted Christakis. “This study adds additional credence to those recommendations.”

The research has significant limitations, he added. Data were collected at 12 months, which may be too late — “diminished interactions with caregivers because of time spent with media likely exert greater effects before 1 year of age,” he observed. Play and media were included simultaneously in regression models, which may overcontrol for indirect effects “because diminished ‘face time’ may be in the causal pathway,” he added.

Analyses were limited by available data from the NCS archive; some data may be subject to selection and reporting bias, Bennett and co-authors added.

Bennett and co-authors reported no conflicts of interest.

Christakis reported being a member of the scientific advisory board for Children and Screens: Institute of Digital Media and Child Development, a not-for-profit foundation.