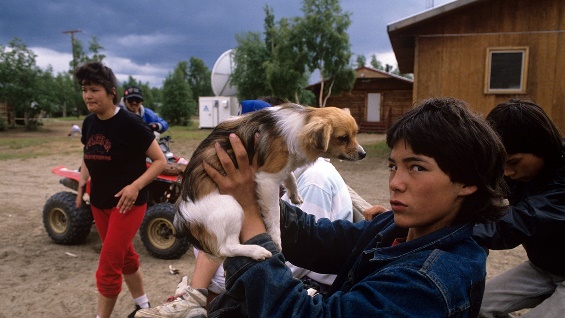 Suicides jumped 29% among adolescents ages 15 to 19 over the previous decade, according to a report released Wednesday.

The report captures 121 health measures based on the most recently available public health data from 30 different sources.

On a state-by-state basis, Nevada, Colorado, and South Carolina saw the greatest relative increases in teen suicides during the time periods studied:

Rhonda Randall, DO, chief medical officer at UnitedHealthcare Employer and Individual, described the rise in suicides among youth as « incredibly sobering. » However, looking at the most affected subgroups provides a sense of where the opportunities and « calls to action » are, she said Tuesday during an online panel discussion.

The COVID pandemic likely exacerbated the situation, said Alison Malmon, citing « the struggle, the anxiety, depression, social isolation that youth and young adults had to … experience. » Malmon, whose brother died by suicide in 2000, is the founder and executive director of Active Minds, which supports mental health awareness and education for students.

And youth and young adults weren’t given « enough credit » for what they endured, Malmon said. « Being away from friends and trying to come into your own while not having that social connection and network that so many youth [and] young adults … need, » had lasting effects, she said.

At the same time, Malmon noted, the increase in mental health issues among young people began before COVID and stemmed from a range of challenges. From climate change to gun violence, they are « internalizing all of what is around them, and that is becoming a part of their well-being and their overall health, » she said.

Asked what surprised her most, Randall highlighted the pervasiveness of trends related to anxiety and depression. « It’s rising in all sub-populations. It’s rising for all genders, » and for adolescents across all socioeconomic statuses, she said.

The report also captured trends related to women’s health. Across the country, the share of women reporting « frequent mental distress » rose from 17% in 2017-2018 to 19.4% in 2019-2020 — an increase of 14%, or more than 1.2 million women. Frequent mental distress is defined as 14 or more days of poor mental health in a month, and is reflective of « persistent, and likely severe, mental health issues, » according to the report.

By demographic, the largest increases in frequent mental distress during those time periods were found among American Indian/Alaska Native women, for whom the measure increased from 17.3% to 26.6% and among college graduates, where it rose from 10.2% to 13.5%.

The « interconnectedness » of families really stood out in the report, particularly as it applied to women and children, Randall said. The increase in frequent mental distress among women of child-bearing age, many of whom are mothers, has downstream impacts on their family, she said. Similarly, children who are experiencing depression, anxiety, or suicidality can impact their family’s mental health, as well as that of friends and others in the community, Randall added.

The report ranked Minnesota the « healthiest state » overall for women and children, and Louisiana the « least healthy state, » based on the states’ physical environment, behaviors, health outcomes, and social and economic factors.

In response to rising rates of suicide among young people, the American Academy of Pediatrics (AAP) changed its policy in 2022, and now recommends universal screening for suicide for anyone 12 years and older, explained Arethusa Kirk, MD, vice president of clinical strategy for United Healthcare Community & State.

AAP also recommends screening children ages 8 to 11 for suicide when clinically indicated, and assessing for suicidal thoughts in younger children if they exhibit warning signs, said Kirk. « The symptomatology really presents differently for kids, » she said. « They often might not have the language to really describe their feelings. »

With certain age groups, if you ask if they’re depressed, they may not understand what that means, Kirk noted. « And they may actually present with more somatic symptoms, like headache or stomach ache, or just changes in mood irritability, which may come off as anger and explosive behavior when it’s really underlying anxiety and depression. »

Studies have shown that a significant number of people who have died by suicide visited a provider in the weeks or months before their deaths, she added. But because more than two-thirds of young people struggling with their mental health will tell friends before they tell anyone else, Malmon stressed the importance of teaching young people how to have conversations with those who may be in crisis.

The V-A-R model — which stands for validate, appreciate, and refer — is one way to help prevent a crisis. « This basic idea of ‘I hear you, I believe you. Thank you for sharing with me and how can I be helpful to you?' » is something young adults respond to, Malmon said.

If you or someone you know is considering suicide, call the 988 Suicide and Crisis Lifeline.

Correction: The headline and first paragraph have been updated to reflect that the increase in teen suicides occurred over the past decade.

Shannon Firth has been reporting on health policy as MedPage Today’s Washington correspondent since 2014. She is also a member of the site’s Enterprise & Investigative Reporting team. Follow