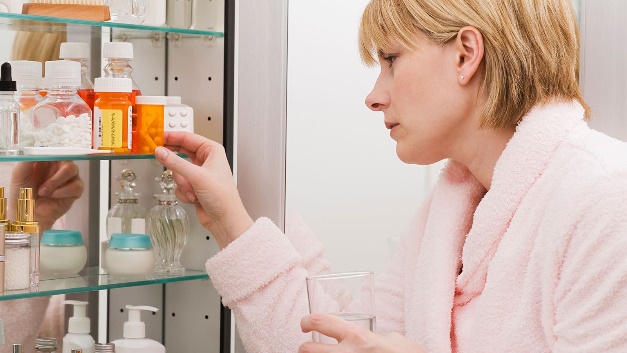 Many hypertensive patients may be inadvertently taking medications that raise blood pressure (BP), according to data from the National Health and Nutrition Examination Survey (NHANES).

Prevalence of such medication use was an overall 14.9% across survey cycles from 2009 to 2018, reaching 18.5% of adults with hypertension, reported Timothy Anderson, MD, MAS, of Beth Israel Deaconess Medical Center in Boston, and colleagues in JAMA Internal Medicine.

BP-raising medications were determined according to the 2017 American College of Cardiology and American Heart Association guidelines.

The most common ones taken by NHANES participants were antidepressants (8.7%), prescription nonsteroidal anti-inflammatory drugs (NSAIDs; 6.5%), steroids (1.9%), and estrogens (1.7%).

« The majority of U.S. adults with hypertension have not achieved recommended BP targets.

Use of these medications has been associated with greater use of antihypertensives in people with controlled and uncontrolled hypertension alike.

Adults not concurrently taking antihypertensives were more likely to have uncontrolled hypertension if they were taking these drugs (OR 1.24, 95% CI 1.08-1.43).

« Many medications known to raise BP have therapeutic alternatives without this adverse effect — for example, acetaminophen in place of NSAIDs and progestin-only or nonhormonal contraceptives in place of ethinyl estradiol-containing contraceptives, » Anderson’s group noted.

« Thus, our findings indicate an important opportunity to improve BP control by optimizing medication regimens, an approach that has the potential to also reduce polypharmacy and medication regimen complexity, » the authors suggested.

« Clinicians caring for patients with hypertension should routinely screen for medications that may cause elevated BP and consider deprescribing, replacing them with safer therapeutic alternatives, and minimizing the dose and duration of use when alternatives are not available, » they stated.

Prescription medication use was obtained from home interviews in NHANES.

Anderson and colleagues acknowledged their reliance on self-reported medication use and the lack of data on medication dose, duration, and over-the-counter medication use.

NHANES was the basis of a prior report suggesting a decline in both awareness and control of hypertension in recent years.

Anderson disclosed relationships with, and/or support from, Alosa Health, the National Institute on Aging, the American College of Cardiology, and the Boston Claude D. Pepper Older Americans Independence Center.

A co-author disclosed support from the National Heart, Lung, and Blood Institute.