— Another consequence of STIs gone out of control in the U.S. 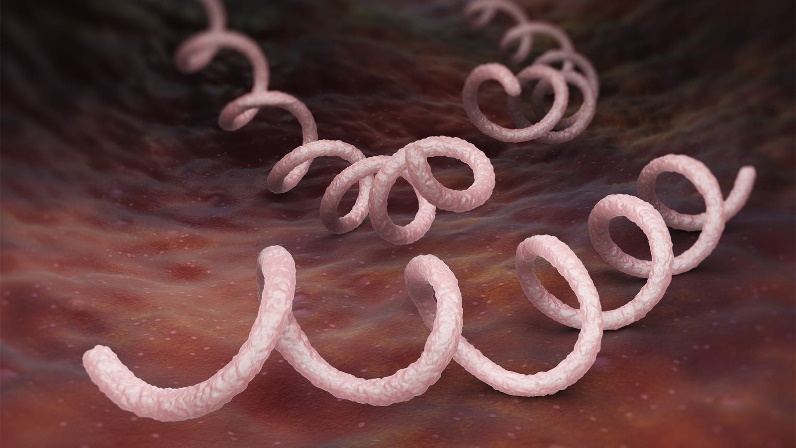 New CDC data show no letup during 2020 in the discouraging multiyear trend toward rapidly increasing rates of neonatal syphilis.

In 2020, case counts reached 2,022, according to the CDC’s Virginia B. Bowen, PhD, MHS, and colleagues writing in a New England Journal of Medicine letter.

That follows increases every year since 2012, when only about 300 neonatal syphilis cases were reported — a nearly 7-fold increase in just 9 years.

While 2,000-odd cases are still a tiny fraction of all births — of which there were some 3.6 million in 2020 — the trend is concerning because it reflects a similar increase in syphilis infections among reproductive-age women.

Bowen and colleagues noted that cases have been spreading geographically, at least, at an astounding rate. Just one-quarter of U.S. counties reported syphilis cases in young women in 2010; by 2019, that figure stood at 50%.

More generally, these data are part of a burgeoning in « traditional » sexually transmitted infections (STIs), including chlamydia and gonorrhea as well as syphilis. Relative to 2015, CDC data for 2019 show the following:

« Social inequity often leads to health inequity and, ultimately, manifests as health disparities, » the agency explained in publishing those figures.

« Historically, health disparities have persisted because access to, and routine use of, quality health care, including STI prevention and treatment, have not been equitably distributed. »

The CDC went on to say that certain populations — racial/ethnic minorities, young adults, and teenagers — are less able than others to access STI preventive services.

As a result, « racial and ethnic minorities had STI rates several times higher than whites [in 2019], and youth aged 15-24 comprised significant proportions of reported cases across all groups. »

The latter, the agency explained, simply means that in communities with high infection prevalence, the chances of encountering an infected sex partner are higher, irrespective of the particular sex acts involved.

With regard to congenital syphilis, Bowen and colleagues called for more attention to STI prevention and treatment for reproductive-age women.

« The implementation of strategies that reduce perinatal transmission of [HIV] … has been associated with a decline in annual cases of perinatal HIV from an estimated 1,760 in 1991 to fewer than 40 in 2019, » the group wrote.

« A similar commitment of resources could reduce or eliminate congenital syphilis. »