— Can a common drug protect against poor air quality? 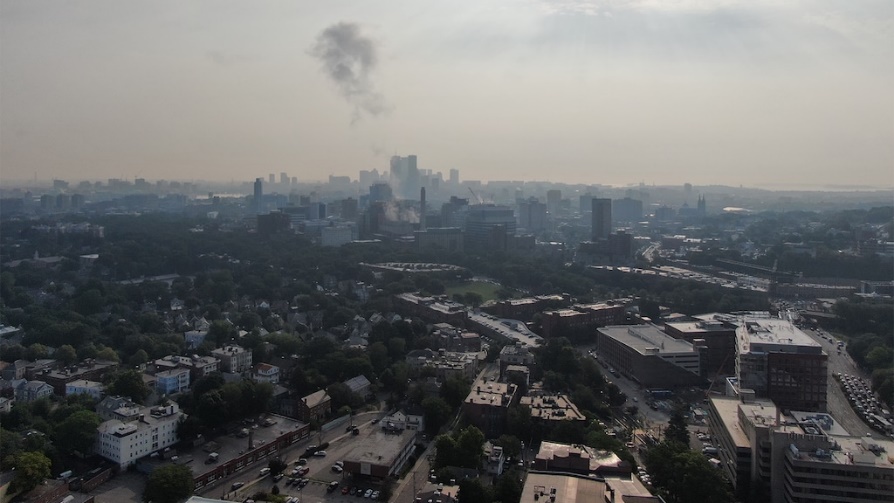 « Our study is the first one that demonstrates that exposure to PM2.5, even just over a few weeks, can impair cognitive performance. We also found that even when PM2.5 was at the levels below that are usually considered hazardous the adverse effect still existed, suggesting that there is no safe zone for PM2.5, » Gao told MedPage Today.

« However, these adverse effects were lessened in people taking NSAIDs, like aspirin, » he continued. « But this finding should be validated with clinical trials or real-world data analyses with detailed drug use information because NSAIDs have side effects. »

« They are so small that they can penetrate deep into the lungs and circulatory system, causing adverse health effects, » they wrote. Evidence suggests exposure to ambient air pollution over several years may be a risk factor for dementia: high levels of PM2.5 have been associated with cognitive decline and smaller brain volume.

« The results of the current study are especially important because they provide some of the first evidence that even relatively low-level, short-term increases in PM2.5 are detrimental for thinking and memory, as well as global cognition in older adults, » they wrote.

Other studies also have investigated NSAIDs as a potential treatment for cognitive dysfunction and dementia, but most, like the ASPREE trial of daily aspirin, did not show an effect. « The study by Gao et al., found no association between NSAID use — predominantly aspirin — and cognitive performance, which aligns with findings from the ASPREE trial, » Ryan noted.

« Their findings about the potential effect modification of NSAIDs, however, are quite intriguing, » she told MedPage Today.

« This could indicate that NSAIDs may help protect cognitive function when exposed to other external factors that trigger an inflammatory response, like pollution.

It’s an interesting observation that warrants further investigation, in particular to ensure the findings are not just an artifact of the sample or chance association. »

In their study, Gao and colleagues included 954 white men (mean age 69) in Greater Boston who were part of the Veterans Affairs Normative Aging Study from 1995 to 2012.

The researchers assessed cognitive performance with a composite global cognitive function score and the Mini-Mental State Examination (MMSE) over several visits, comparing results to PM2.5 levels on the day of each visit and 7, 14, 21, and 28 days earlier.

Findings for black carbon, a component of PM2.5 and a tracer of vehicle traffic, followed similar patterns.

Among NSAID non-users, the second, third, and fourth quartiles of 28-day average PM2.5 concentration were associated with decreases of 0.889, 0.987, and 1.416 in global cognitive function score compared with the lowest quartile. Among NSAID users, those decreases were 0.267, 0.252, and 0.292, respectively.

« At this early stage, we need to be very cautious in not over-interpreting the data, » the editorialists observed. Men who use NSAIDs may be different than ones who don’t — they may have better access to healthcare or health literacy, for example — and observational studies can’t tease apart those differences, they noted.

« We cannot say people should take NSAIDs to specifically protect them from air pollution but for people who are now using them, we can say they may have additional benefits, » Gao said.

« Our study was conducted in a male-only elderly population, and more studies in different races and females are required, » he added. « Taking NSAIDs may be a solution, but definitely is not the final answer to the threats of air pollution. Changing our policies of air pollution towards a more restrictive manner is still warranted. »

The researchers and the editorialists declared no competing interests.