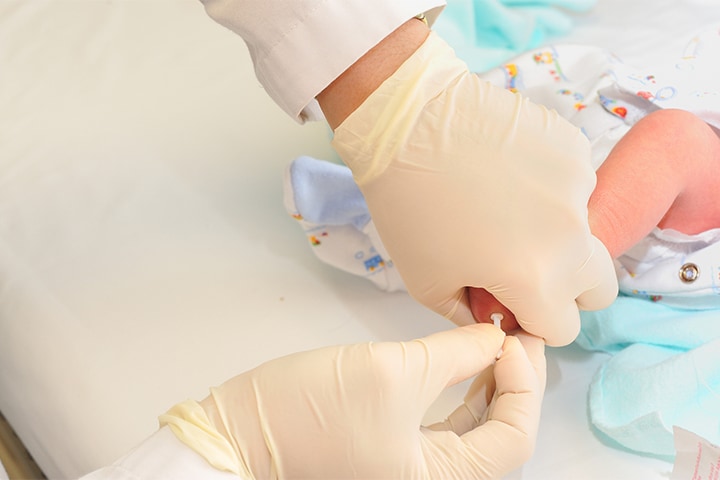 Performed as early as 2 days after birth, a dried blood spot (DBS) test for NT-proBNP flagged 71% of the 34 tested babies with known CHD and 68% of the critical CHD cases.

Combining the DBS test with pulse oximetry screening improved CHD detection to 82% and detection of critical CHD to 89%, according to a group led by Henning Clausen, MD, of University Teaching Hospital Ryhov in Jönköping, Sweden, reporting online in JAMA Network Open.

AUC was generally better when DBS was sampled later rather than sooner after birth.

For decades, DBS assays have been used to find inborn errors of metabolism in babies as soon as 48 hours after birth. A heel- or finger-prick usually suffices for blood sampling.

« The new DBS NT-proBNP test was comparable to current screening standards and minimized blood requirements to 3 μl, » the investigators wrote. By comparison, the standard laboratory test for NT-proBNP requires 500 μL of blood in a collection tube.

« These results suggest that cardiovascular biomarkers in neonates can be used for timely and accurate identification of CHD and may even prove valuable in settings with limited health care resources by offering centralized screening for CHD through established newborn screening programs, » they noted.

Even high-income countries do not have perfect CHD screening capabilities, the Clausen’s group noted. Though well-established, pulse oximetry testing has notable limitations finding CHD lesions involving a duct-dependent systemic circulation, they pointed out.

The pilot study was conducted at a single regional pediatric service in southern Sweden. Newborns with CHD born in 2003-2019 were retrospectively identified, whereas convenience sampling yielded 81 healthy neonates born during a 11-month period in 2018-2019 who were prospectively enrolled.

Blood was sampled on days 2 to 4 of life in both CHD and healthy groups.

A comparison of DBS and standard screening for NT-proBNP (laboratory analysis on 500 μL of blood in a collection tube containing EDTA as an anticoagulant) found the two tests to be highly correlated and in good agreement.

Study authors acknowledged that DBS tests are subject to hematocrit and conformational protein changes during the blood drying process. Furthermore, their use of some blood samples might have been affected by sample degradation.

Other limitations of the study included possible selection bias and missed cases of CHD, because echocardiography was not performed in all newborns due to resource limitations.

The study was funded by a grant from Futurum.

Clausen reported receiving grants from the Academy for Healthcare Research Jönköping as well.