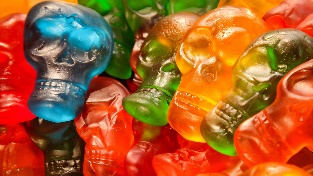 In children ages 9 or younger, the rate of cannabis exposure cases at EDs tripled after the October 2018 legalization of cannabis flower, oils, and seeds for recreational use (incidence rate ratio [IRR] 3.13, 95% CI 2.37-4.16), reported Daniel Myran, MD, MPH, of the Ottawa Hospital Research Institute in Ontario, and colleagues.

And after the country legalized a wider range of commercial products including edibles in February 2020, rates increased nine-fold compared with the pre-legalization period (IRR 9.12, 95% CI 7.15-11.65), according to the findings in JAMA Network Open.

« These findings suggest that the introduction of legal commercial edible cannabis products was a key factor associated with changes in ED visit frequency and severity, » Myran and co-authors wrote, noting that the increase in pediatric cannabis exposures occurred despite strict regulations on edible composition, packaging, and marketing.

« Further regulatory measures, such as limiting formulations and appearance of commercial edibles, combined with education for parents and caregivers, may be required to decrease pediatric cannabis exposures, » the researchers said.

In Canada, edibles are limited to 10 mg of tetrahydrocannabinol per package, and the packages must be child-resistant and not « appeal to youth. »

In the U.S., cannabis laws vary widely by state, with some states, such as New Jersey, essentially banning any marijuana products that resemble food, while other states such as California have packaging laws similar to Canada’s.

« It can be difficult to measure the individual impact or the sum of the impact of these measures, as without them, rates may be even higher, » George Sam Wang, MD, of the University of Colorado in Denver, who was not involved with the study, told MedPage Today.

In the U.S., pediatric exposures and poisoning cases have risen after the recreational legalization of marijuana in certain states.

In Colorado, which was one of the first U.S. states to legalize recreational marijuana in 2012, the rate of pediatric exposures doubled at one children’s hospital in the 2 years following legalization, according to a study by Wang and colleagues.

And a 2021 study on poison control center calls in the U.S. found more pediatric cannabis exposures due to edibles in states where recreational marijuana was legalized compared with those where it was not.

In the Ontario study, prior to the legalization of recreational cannabis, there were a total of 81 ED visits (monthly average of 2.5) involving children age 9 or younger for cannabis exposure across a nearly 3-year period from 2016 to September 2018.

From October 2018 to early 2020, when the narrower range of cannabis products were legalized, that number jumped to 124 ED visits in half the amount of time (7.8 per month).

When commercial edibles were later legalized in February 2020, ED visits for pediatric cannabis exposure jumped to 317 over the span of a year (22.6 per month), despite overlap with the first year of the COVID-19 pandemic, in which the average poisoning-related pediatric ED visits decreased by about 50 per month compared with the year before.

In total, over the study period from the beginning of 2016 to March 2021, there were 522 ED visits due to cannabis exposure in young children. The mean age of the children was 3.8 years, and 53.8% were boys; 19 ED visits resulted in admission to the intensive care unit, and there were no deaths.

A limitation of the study, the researchers said, is the lack of data on whether the cannabis products to which the children were exposed were legally sourced or were edibles.

This study was funded by grants from the Ontario Ministry of Health and Ministry of Long-Term Care, as well as the Canadian Institute for Health Research.

Myran and co-authors reported no disclosures.