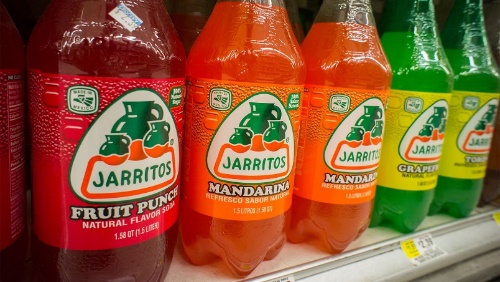 Taxes on sugar-sweetened beverages (SSB) hardly made a dent in childhood obesity, a new study suggested.

In an analysis of Mexican adolescents ages 10 to 18, boys saw no change in BMI, overweight, or obesity prevalence in the years after SSB taxes were put into place, reported Tadeja Gračner, PhD, of the RAND Corporation in Santa Monica, California, and colleagues.

However, these taxes — affecting drinks such as sodas, energy drinks, bottled teas, fruit juices, and flavored waters — had slightly more of an effect on girls, the group wrote in JAMA Pediatrics.

Specifically, for every 10% increase in the city’s average price of a SSB, there was a significant 1.3% absolute decrease in both overweight or obesity prevalence for girls within 2 years of the price change.

And in relative terms, there was a 2.4% and 3% drop in overweight and obesity prevalence for girls, respectively, for every 10% price increase.

However, there was no apparent change within the first year after this tax was implemented.

Prior to the SSB tax, girls that fell into the 75% or higher percentile for BMI saw an average 0.59 drop in BMI percentile.

Gračner’s group pointed out this equated to roughly a 0.35-kg (0.8 lb) weight loss for girls.

There was no change for girls who didn’t have overweight or obesity prior to the tax.

« Assuming that reduction in energy intake of 10 calories daily leads to a steady state weight loss of 0.45 kg [1 lb] over 2 years, the 0.35-kg weight loss calculated in this study would correspond to a reduced intake of about 7.8 calories daily, » the researchers wrote.

« This calorie change is comparable with the SSB purchase decline expected or observed in prior work studying Mexican youth, which projects a similar weight loss using a microsimulation approach. »

Of note, Mexican cities that tacked on a SSB tax higher than 10% saw the best outcomes for weight and metabolic changes for girls.

The researchers pointed out that this finding wasn’t surprising, as prior studies found that SSB taxes that were less than 5% typically had little to no effect on weight-related outcomes.

That being said, Gračner’s group found that cities with taxes of at least 10% to 16.6% had residents with the highest amount of weight loss.

« If effects were linear, such a price increase would predict a 1.1% relative decrease in BMI percentile for girls with heavier weight, » they noted, adding that a clinically relevant improvement in health typically only kicks in with an average BMI reduction of at least 1% to 5%.

Even though this is a relatively modest change, it’s certainly better than nothing, said Jennifer Falbe, ScD, MPH, of the University of California Davis, and colleagues in an accompanying editorial.

Praising the analysis, the editorialists pointed out that « this study is one of the first to document a real-world improvement in a health indicator following an SSB excise tax, providing timely evidence to bolster the already strong case for SSB excise taxes. »

Falbe’s group emphasized that the key takeaway from this study is that higher taxes on SSB are associated with improvements in weight outcomes.

They went on to highlight another microsimulation study that suggested if Mexico increased this tax rate to about 20%, the country could prevent a projected 476,400 obesity cases over 2 years and a projected 107,300 diabetes cases over 10 years.

« Moreover, net health care cost savings would increase from $92 to $158 million, » they suggested.

Gračner and colleagues analyzed data from 2011 to 2017 and included SSB sold in stores, such as supermarkets, convenience or grocery stores, warehouse clubs, and street stalls, across 46 cities in Mexico.

SSB prices were then measured against electronic medical records for 12,654 nonpregnant adolescents ages 10 to 18 born from 1999 to 2002.

Some limitations to the study included a lack of adjustment for socioeconomic status or baseline SSB consumption. Gračner’s group also warned against interpreting these outcomes as causal, since other lifestyle initiatives, like attempts to regulate school-based unhealthy diets and advertising, were also implemented at the same time.

The study was supported by the Eunice Kennedy Shriver National Institute of Child Health & Human Development.

Gračner and co-authors reported no disclosures.