— Long-term study finds adolescents do not « recover on their own, » as some observers have suggested 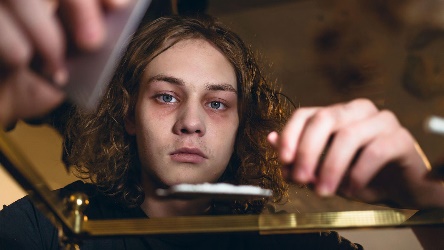 Adolescents with substance use disorder (SUD) were more likely to have subsequent prescription drug use and symptoms of SUD in adulthood, revealed a longitudinal analysis that followed high school seniors to the age of 50.

« This finding reinforces that the long-term sequelae are more deleterious for those with more severe SUD symptoms during adolescence, » the study group wrote in JAMA Network Open.

« Notably, most adolescents with severe SUD symptoms do not mature out of symptomatic substance use during the transition from adolescence to adulthood. »

Writing in an accompanying commentary, Nora Volkow, MD, and Eric Wargo, PhD, of the National Institute on Drug Abuse in North Bethesda, Maryland, said: « Critics of the chronic disease model of addiction have argued that people frequently recover on their own, unaided, from SUDs, but [McCabe and colleagues] show that SUDs in adolescence often carry over into adulthood and may last decades. »

« Consequently, screening in this age group could be leveraged to help estimate adult SUD and the risk of adverse health outcomes, including overdoses, » Volkow and Wargo added.

In 2020, the U.S. Preventive Services Task Force recommended drug screenings for adults, but said that evidence on the benefit of drug screening adolescents was insufficient.

Using multivariable analysis, the team found that adolescents with the highest SUD symptom severity were one and a half times more likely to use prescription drugs in adulthood compared with those without SUD symptoms in adolescence (adjusted odds ratio 1.55, 95% CI 1.11-2.16).

Adolescents with four or more SUD symptoms were nearly twice as likely to have prescription drug misuse in the past year as adults compared with those without SUD symptoms in adolescence, the researchers added.

Notably, while SUD symptoms decreased overall between ages 35 and 50, prescription drug use and misuse increased in that same age group, McCabe and co-authors said. In addition, approximately half the adults prescribed opioids, sedatives, or tranquilizers had reported two or more SUD symptoms at age 18.

« Prescribers should be aware that many adults prescribed opioids, sedatives, or tranquilizers had multiple SUD symptoms during adolescence and require careful assessment and monitoring, » the researchers wrote.

« Importantly, the cohorts of adolescents who were high school seniors between 1976 to 1986 and were followed over the 32-year study time frame (ending 2018) [run] parallel to the emergence and steep increase in the opioid crisis, largely associated with the widespread overprescribing of opioids. »

« These prescribing practices may be associated with the high rates of prescription drug use and PDM [prescription drug misuse] as these cohorts aged into middle adulthood, » the team added.

« Although the association between adolescent SUD symptom severity and adult prescription drug use and PDM would still stand, it is important to acknowledge that the opioid crisis has led to changes in prescribing practices over the past several years that warrant more research that reexamines these associations over time. »

The multi-cohort Monitoring the Future study used questionnaires to assess SUD symptoms over a 32-year period from ages 18 (when participants were high school seniors) to 50, beginning in 1975.

Enrollees participated in 10 follow-up surveys in that period, and the baseline response rates ranged from 77% to 84% over the study period.

The researchers acknowledged that school dropouts and institutionalized populations, who have higher rates of severe SUD symptoms, were excluded from the study, which may have resulted in underestimates.

In addition, Volkow and Wargo noted that prescription stimulant use and smoking history were not studied.

The study was supported in part by grants from the National Institute on Drug Abuse (NIDA).

McCabe and co-authors reported no conflict of interest disclosures.

Volkow reported being the Director of the NIDA; Wargo reported no disclosures.