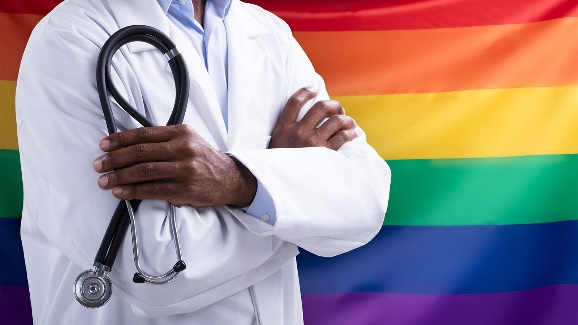 An analysis of survey responses sent out to general surgery residents in all Accreditation Council for Graduate Medical Education (ACGME)-accredited programs found that 59.2% (161 of 305) of respondents identifying as LGBTQ+ had experienced discrimination compared with 42.3% (2,187 of 6,076) of non-LGBTQ+ residents (P<0.001), reported Yue-Yung Hu, MD, MPH, of Northwestern University Feinberg School of Medicine in Chicago, and colleagues.

Hu and team also found similarly significant trends for experiences of sexual harassment (47.5% of LGBTQ+ residents vs 29.3% of non-LGBTQ+ residents; P<0.001) and bullying (74.8% vs 66.9%, respectively; P<0.005). Attending surgeons were found to be the most common source of mistreatment overall, they noted in JAMA Surgery.

« The surgical training and work environments should facilitate learning, caring for patients, and advancing knowledge, rather than a hazing initiation or a trial by fire, » wrote Michaela West, MD, PhD, of North Memorial Health in Minneapolis, in an accompanying commentary.

« While the identified problems are not new, the willingness to acknowledge them may be. »

Compared with straight male residents, the likelihood of experiencing mistreatment was higher for LGBTQ+ men, with ORs for discrimination of 2.57, for sexual harassment of 2.04, and for bullying of 1.51.

« Notably, bullying demonstrated a stronger association with suicidality than either discrimination (which was not associated) or sexual harassment, » Hu and team wrote.

« Therefore, addressing mistreatment in the learning environment, particularly bullying, may have a considerable impact on rates of suicide, the second leading cause of death among residents. »

The fact that LGBTQ+ surgical residents reported feeling as satisfied with their career choice as their straight colleagues, yet had more frequent thoughts about leaving their program, indicated that thoughts of attrition are likely a result of negative environmental factors, rather than a lack of fulfillment, the authors pointed out.

Both the study authors and West acknowledged that, despite the survey’s assurance of confidentiality, there may have been a portion of respondents who did not feel comfortable disclosing their sexuality, therefore underestimating the number of LGBTQ+ residents in their sample.

Hu and colleagues also recognized the inherent recall bias that comes along with self-report surveys, as well as the possibility that trauma associated with mistreatment can lead to either overreporting or underreporting.

« The identification of mistreatment behaviors and their sources allows for the development and implementation of targeted interventions, » the authors concluded.

« We must heed this call to improve because the call is coming from inside the house, » urged West.

This study was funded by the Accreditation Council for Graduate Medical Education, the American College of Surgeons, and the American Board of Surgery.

Hu and a co-author reported receiving grants for serving as co-principal investigators of the SECOND trial from the American College of Surgeons and the Accreditation Council for Graduate Medical Education, as well as nonfinancial support from the American Board of Surgery.

One co-author received financial support through a postdoctoral research fellowship from the Agency for Healthcare Research and Quality. Another co-author disclosed receiving research funding from Exelixis and Eli Lilly, and being a member of the data monitoring committee for the Medullary Thyroid Cancer Consortium Registry, supported by GlaxoSmithKline, Novo Nordisk, AstraZeneca, and Eli Lilly.

West reported no conflicts of interest.