— Success rates may be improved with neonatal screening programs 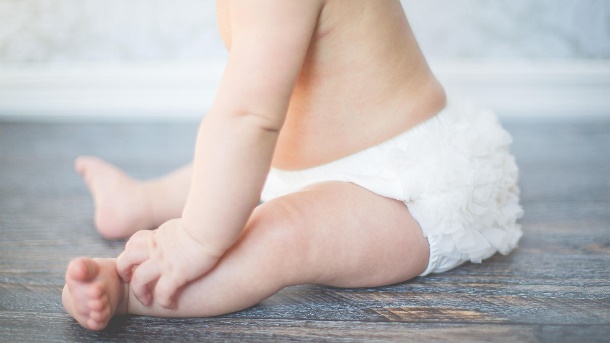 Fourteen of 32 patients met the primary endpoint of achieving independent sitting for at least 10 seconds by age 18 months, reported Eugenio Mercuri, MD, PhD, of Catholic University in Rome, and colleagues. In contrast, none of 23 infants in a natural history cohort met that goal (P<0.0001), they wrote in Lancet Neurology.

Nearly all SMA1 patients who received onasemnogene abeparvovec — 31 of 32 infants in the intention-to-treat population — survived free from permanent ventilation at 14 months, a secondary endpoint. In the natural history cohort, only six infants achieved that outcome (P<0.0001).

SMA is caused by reduced levels of survival motor neuron (SMN) protein due to deletions or mutations of the SMN1 gene. SMA1 usually is evident before age 6 months. Without treatment, children with SMA1 never sit or stand; most die before age 2, usually of respiratory failure.

Onasemnogene abeparvovec replaces a defective or missing SMN1 gene with a one-time intravenous infusion to deliver a fully functional copy into target motor neuron cells. When it was approved in 2019, the treatment had a wholesale acquisition cost of $2.125 million, making it the most expensive drug in the world.

Two other drugs have been approved for SMA: intrathecal nusinersen (Spinraza) and liquid risdiplam (Evrysdi). These drugs target another gene, SMN2, with a pre-mRNA splicing modifier to increase SMN protein levels.

« However, STR1VE-EU had broader inclusion and exclusion criteria than START and STR1VE-US, which resulted in inclusion of patients with more severe disease at baseline (using nutritional support or requiring up to 12 hours of non-invasive ventilatory support, or both), » they wrote.

The trial involved patients younger than 6 months (180 days) with SMA1 due to bi-allelic SMN1 exon 7-8 deletion or point mutations.

Patients were assessed for eligibility from August 2018 to September 2020. Efficacy was compared with the Pediatric Neuromuscular Clinical Research natural history cohort.

In total, 32 of 33 patients completed the study and were included in the intention-to-treat population (one patient was excluded despite completing the study due to dosing at 181 days).

Overall, 32 of 33 patients had at least one adverse event, including six serious adverse events considered related to onasemnogene abeparvovec.

Most common adverse events were pyrexia in 22 patients (67%), upper respiratory infection in 11 patients (33%), and increased alanine aminotransferase in nine patients (27%). One death occurred from hypoxic-ischemic brain damage due to respiratory tract infection and was considered unrelated to the study drug.

Most patients (20 of 23) in the ability to thrive population remained free from mechanical feeding support, and nine could tolerate thin liquids at age 18 months.

« The best results are obtained in presymptomatic infants, in whom motor function improvements can include independent walking. »

« The onset of spinal muscular atrophy type 1 probably occurs before birth and, despite the presymptomatic stage, after birth some motor neurons might already be at risk, » van der Pol pointed out.

« We need to buy time for these patients, » he wrote. »Genetic tests for spinal muscular atrophy are robust and neonatal screening is feasible.

Nevertheless, less than a quarter of countries that reimburse the expensive genetic treatments for spinal muscular atrophy will start neonatal screening programs in the next few years, whereas ideally, genetic therapy and screening should go hand-in-hand. »

In the U.S., SMA was added to the federally recommended list of diseases to screen for at birth in 2018. As of 2021, 38 states screen newborns for SMA.

A study limitation is that some investigators did not follow prednisolone guidance, which may have influenced safety findings, Mercuri and colleagues noted. The study also was limited by its comparison to historical controls.

The study was funded by Novartis Gene Therapies. Five co-authors were Novartis employees.