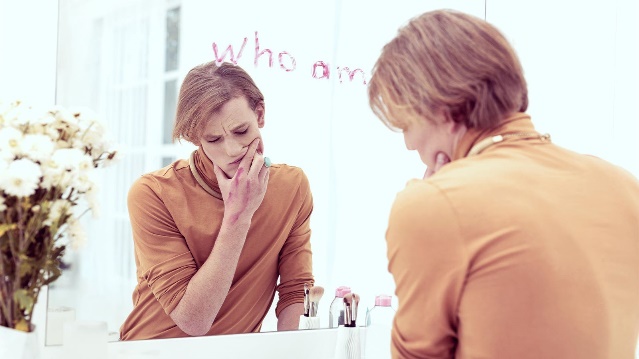 In a prospective cohort study of 104 such youth, those who initiated puberty blockers and gender-affirming hormones had a 73% lower odds of suicidality versus youth who didn’t have any gender-affirming treatments (adjusted OR 0.27, 95% CI 0.11-0.65), reported Diana M. Tordoff, MPH, of the University of Washington in Seattle, and colleagues.

As evidence of how common mental health struggles are for this population, 56.7% of the study cohort of youth ages 13 to 20, had moderate to severe depression at baseline.

On top of that, half struggled with moderate to severe anxiety, and 43.3% reported self-harm or suicidal thoughts.

Despite this, by the end of the year-long observation study only 66.3% of these individuals received treatment with either puberty blockers, gender-affirming hormones, or both, while a third of youth didn’t receive any of these gender-affirming medical interventions.

« Our findings have important policy implications, suggesting that the recent wave of legislation restricting access to gender-affirming care may have significant negative outcomes in the well-being of TNB youths, » Tordoff’s group pointed out.

« Beyond the need to address antitransgender legislation, there is an additional need for medical systems and insurance providers to decrease barriers and expand access to gender-affirming care. »

This study comes on the heels of Texas Gov. Greg Abbott (R) ordering the state to investigate instances of sex-change procedures in children last week — including the administration of puberty blockers and hormone use — claiming such procedures constitute child abuse under Texas law.

« Other proposed legislation likely to negatively impact the mental health of TGD [transgender and gender-diverse] youth includes bills that would prohibit their ability to use public facilities that match their gender identity and those that would prohibit their participation in sports teams that match their gender identity, » noted an accompanying commentary by Brett Dolotina, BS, of Massachusetts General Hospital in Boston, and Jack L.

« It is particularly important to highlight that legislation targeting sexual and gender minority youth appears to have impacts beyond the direct impact of the legislation, » they added.

But gender-affirming medical interventions alone won’t be enough to help this vulnerable population, as they still faced much higher rates of suicide than the national average even with the drastic cut in depression and suicidality, Dolotina and Turban wrote.

« [O]ther mental health determinants must be addressed as well, including gender minority stress, » they suggested, which will take « a multipronged approach inclusive of medical, social, educational, and policy level interventions. »

For their analysis, Tordoff’s group looked at individuals at Seattle Children’s Gender Clinic from August 2017 to June 2018.

Self-reported suicidal thoughts and self-harm were recorded over the previous 2 weeks.

At each survey, participants reported if they had ever received gender-affirming hormones, such as estrogen or testosterone, or puberty blockers, such as gonadotropin-releasing hormone analogues.

A medical record review also took into account if individuals had been prescribed androgen blockers, like spironolactone, as well as medications for menstrual suppression or contraception — such as medroxyprogesterone acetate or a levonorgestrel-releasing intrauterine device — during the study.

Tordoff’s group noted that the study’s selection of patients was likely biased, representing the youth with the highest tier of supportive caregivers who had resources to access a gender-affirming care clinic.

And despite this, there were very high rates of depression, anxiety, and suicidality.

« Youths who are unable to access gender-affirming care owing to a lack of family support or resources require particular emphasis in future research and advocacy, » they concluded.

The study was supported by Seattle Children’s Center for Diversity and Health Equity and the Pacific Hospital Preservation Development Authority.