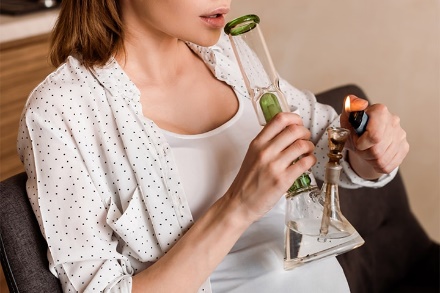 Children exposed to marijuana in utero had a moderately elevated risk of developing autism spectrum disorder, according to a Canada-based retrospective study.

Mothers who used cannabis while pregnant had a 50% higher likelihood of having a child with autism (adjusted hazard ratio 1.51, 95% CI 1.17–1.96), reported Daniel Corsi, PhD, of Ottawa Hospital in Ontario, and colleagues.

Hints of increased risk of intellectual and learning disabilities and attention deficit hyperactivity disorder (ADHD) were also seen, according to their paper in Nature Medicine. However, the analysis came with significant limitations and the researchers urged caution in interpreting these results.

Nevertheless, said Corsi in an email to MedPage Today ,”[o]ur clinical recommendation based on these findings is for women who are pregnant or thinking of becoming pregnant to avoid the use of cannabis products.”

Torri Metz, MD, a maternal-fetal medicine specialist at the University of Utah, commented that this study adds to previous concerns about prenatal marijuana exposure’s potential effects on offspring.

“It is another piece of the puzzle,” Metz, who was not involved in this research, told MedPage Today. “It makes us worry about cannabis exposure in utero and whether it is influencing fetal neurodevelopment.” Metz also underscored the importance of interpreting these findings with caution, as this large population-based study was limited in its classification of substance use.

Lauren Jansson, MD, the director of pediatrics at the center for addiction and pregnancy at Johns Hopkins Bayview Medical Center, said that she hopes this study will further encourage clinicians to counsel patients to avoid marijuana use, not only during pregnancy, but while breastfeeding as well.

“We know that medical providers often tend to discount cannabis use as unimportant, and we know that counseling — even during pregnancy — is inconsistent,” Jansson, who was not involved in this study, said in an interview. “With studies like this, it’s more data that will support recommendations for women to at least stop using in pregnancy.”

Jansson stated that pregnant patients who use marijuana for medical purposes should base make decisions about use based on risk-benefit analyses with their providers.

Cannabis use during pregnancy has risen in recent years, Corsi and colleagues wrote. Legalization in new jurisdictions has raised concerns about how prenatal marijuana use may affect childhood developmental outcomes.

Using the Ontario Better Outcomes Registry & Network (BORN), researchers examined the association between cannabis exposure and risk of neurodevelopmental disabilities. They analyzed more than 500,000 births that occurred between 2007 and 2012, and followed children for up to 10 years. In this group were 3,148 mothers who used cannabis (0.6%).

Corsi’s group excluded all infants who were not eligible for health insurance at birth. They also excluded children who died before 18 months from the autism analysis, and those who died before 4 years from the analysis of intellectual and learning disorders, as these are the typical ages of diagnosis.

To reduce imbalances in the main cohort between cannabis users and nonusers, the researchers selected 2,364 users and identified about 171,000 users who were close matches on a number of covariates including age, education, medical comorbidities, substance use other than cannabis, and others.

The incidence of autism spectrum disorder was 4.0 per 1,000 person-years among children exposed to marijuana in utero, compared to 2.42 among those who were not exposed. The association between prenatal cannabis use and autism spectrum disorder persisted in sensitivity analyses of substance use, income and preterm birth; point estimates were somewhat lower in the smaller matched cohort but remained statistically significant.

The researchers also found trends toward increased incidence of intellectual and learning disabilities (HR 1.23, 95% CI 0.97–1.55), as well as ADHD (HR 1.11, 95% CI 0.99–1.25) in the matched cohort among children whose mothers used marijuana. These remained nonsignificant after further adjustment.

Corsi and colleagues recognized that the prevalence of cannabis use during pregnancy was significantly lower than recorded elsewhere (2% to 5% in Great Britain and the U.S.), which may limit these findings. The group did not have data on frequency, duration or trimester of use, and acknowledged that self-reported data may lead to misclassification.

While Metz underscored the need for cautious interpretation because of these limitations, she added that this research is an important step forward.

“We certainly need more information about marijuana use and downstream effects for offspring who are exposed in utero,” Metz said. “It’s exciting to see that people are evaluating this.”

This research was supported by the Institute for Clinical Evaluative Sciences (ICES) in Ontario.

Corsi and colleagues did not disclose any relevant relationships with the industry.