— At 1 year, poor cognitive outcomes were common in people with mild TBI 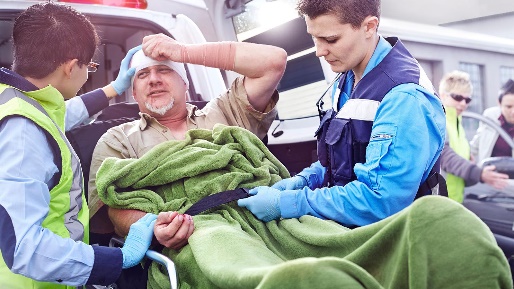 At 1 year, 13.5% of people with mild TBI had a poor cognitive outcome compared with 4.5% of controls (P=0.003), reported Raquel Gardner, MD, of the University of California San Francisco, and co-authors.

« Our results suggest that clinically meaningful poor cognitive outcomes, which we defined as cognitive impairment, cognitive decline or both, one year after a concussion may be more common than previously thought, » Gardner said in a statement.

« Traumatic brain injury is highly heterogenous and the cognitive issues resulting from it are heterogenous, ranging from direct damage to parts of the brain subserving cognitive function to secondary effects of concussion-related depression, anxiety, post-traumatic stress disorder [PTSD], and sleep problems, » she added.

Previous research from the TRACK-TBI cohort demonstrated that one in five people have PTSD or major depressive disorder 6 months after concussion.

Gardner and colleagues assessed 656 people who presented to Level 1 trauma centers within 24 hours of mild TBI with a Glasgow Coma Scale (GCS) score of 13 to 15 from February 2014 to May 2016, and 156 demographically similar healthy controls.

Participants were tested in up to three in-person visits at 2 weeks, 6 months, and 1 year. Propensity weighting accounted for missing outcome data and study attrition.

People with mild TBI had an average age of 40; 37% were women and 77% were white. In about one in three cases, concussion was caused from being in a car during a collision; these people were more likely to have a poor 1-year cognitive outcome (42.8%) than a good one (34.3%).

Mild TBI patients were most likely to meet criteria for cognitive impairment and decline based on RAVLT scores.

The greatest percent difference in impairment and decline between concussion patients and controls was seen on the RAVLT, and on the TMT part A for impairment.

« This suggests that the domains of memory and processing speed are most affected at 1-year post-mild TBI, » Gardner and co-authors observed.

« A thorough evaluation is necessary to unravel treatable contributors and refer to the best rehabilitation program to optimize recovery, » she said.

A limitation to the study was that people were enrolled at the time of concussion, and their pre-injury cognitive status was not known.

TRACK-TBI was funded by the NIH National Institute of Neurological Disorders and Stroke and by the Department of Defense.

The researchers reported no disclosures.