Artificial Sweeteners Not So Sweet When It Comes to Cancer Risk 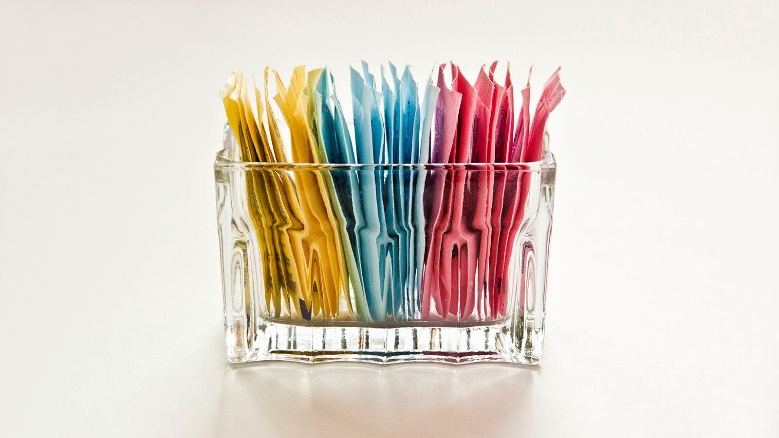 Artificial sweeteners in place of real sugar may not be such a healthy alternative, a French cohort study suggested.

When looking at specific types of artificial sweeteners, aspartame and acesulfame potassium were the two culprits that seemed to drive this overall cancer risk:

In fully adjusted models, even low consumption of these artificial sweeteners — including both aspartame and acesulfame potassium individually — was tied to a significantly higher risk for all cancers (HR 1.14, 95% CI 1.05-1.25).

However, sucralose consumption at any level wasn’t linked to cancer risk, including for site-specific cancers, the researchers noted.

« Findings from this study are very original since, to our knowledge, no previous cohort study had directly investigated the association between quantitative artificial sweetener intakes per se — distinguishing the different types of sweeteners and cancer risk, » Debras and co-author Mathilde Touvier, PhD, also of Sorbonne Paris Nord University, jointly told MedPage Today.

« But these results are in line with our initial hypothesis and with previous scientific literature, » they added.

« Indeed, some observational studies have investigated the associations between cancer risk and the consumption of artificially sweetened beverages (used as a proxy) and found increased risk of cancer, suggesting that artificial sweeteners present in these types of beverages might play a role in the development of cancer. »

The implications of these findings are far reaching, since artificial sweeteners are prevalent in foods and beverages consumed by millions daily, they pointed out.

While the findings need to be replicated in other larger-scale studies, they « provide important and novel information to address the controversies about the potential adverse health effects of these additives, in the context of the ongoing re-evaluation of food-additive sweeteners by the European Food Safety Authority and other health agencies globally, » Debras and Touvier noted.

« In line with official recommendations from several public health agencies, these findings do not support the use of artificial sweeteners as safe alternatives for sugar in foods or beverages, » they added.

Drawing on the population-based NutriNet-Santé cohort, the researchers assessed dietary intake data from French adults (mean age 42), including 24-hour dietary records that were collected every 6 months.

Incident cancer cases during follow-up were also self-reported every 6 months.

Overall, artificial sweeteners were consumed by 36.9% of the cohort — with aspartame the most common (58% of all consumption), followed by acesulfame potassium (29%), and sucralose (10%).

The most popular foods that drove up artificial sweetener consumption were soft drinks with no added sugars, table-top sweeteners, yogurt, and cottage cheese.

One co-author reported a relationship with Open Food Facts. No other disclosures were reported.