— Study followed participants for 20 years, though attrition was significant 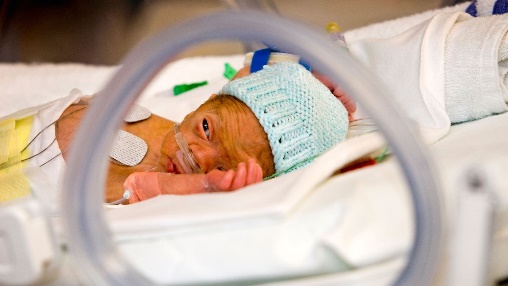 There were no significant differences in monocular contrast sensitivity, color vision, and spherical equivalent of refractive error between the groups.

« To our knowledge, this study is the first to evaluate visual function and ocular morbidity in young adults born EP [extremely preterm], » Jain and colleagues wrote.

Their findings were « unsurprising given the already strong body of evidence showing a higher prevalence of reduced visual acuity in children and adolescents born preterm with or without low birth weight, » they added. However, the results debunk previous suggestions that visual development is delayed, since visual problems persist into adult life, they said.

Notably, when it came to the participants’ perceptions of their own visual function, there were no significant differences between the two groups.

« This discrepancy between objective measurement of vision and perceived visual function indicates that the former is not necessarily associated with overall visual effect in a real-world setting, » the group noted.

Extremely preterm babies, born at 22 to 25 weeks’ gestation, make up a small proportion of this group.

One of the most common eye problems that premature infants face is retinopathy of prematurity (ROP), which can lead to lifelong blindness, according to the National Eye Institute.

Within the study group born extremely preterm, 39% of eyes had ROP that did not require treatment in the neonatal period, and 13% had ROP treated with neonatal cryotherapy or laser ablation.

Between the three ROP treatment groups — no ROP, untreated ROP, and treated ROP — there were no differences in both binocular BCVA and contrast sensitivity, the researchers noted.

« Although the presence of neonatal ROP might account for the [visual acuity] deficit in individuals born EP, the cause of reduced [visual acuity] in eyes without ROP among those born EP remains unclear, » they wrote.

They suggested that other complications associated with premature delivery could be involved.

There were no differences in the rate of ocular morbidity by ROP status.

The preterm group also had a substantially higher prevalence of strabismus compared with the control group (36% vs 0%, P<0.001).

Of the cases of strabismus in the group born extremely preterm, 22% were esotropia, 12% were exotropia, and 2% were a vertical deviation.

Compared with a 2002 study of strabismus in preterm infants that found a 1:1 ratio of esotropia to exotropia, this study found a 2:1 ratio, « which may suggest a different cause of strabismus among infants born EP, » Jain and colleagues wrote.

The EPICure study included all infants born at 22 to 25 weeks’ gestation from March to December 1995 in the U.K. and Ireland.

The control group included age-matched individuals who were born full term, many of whom were classmates to the study patients, who had been recruited at ages 6 and 11.

From 2014 to 2015, participants (mean age 19) were invited to undergo a comprehensive health assessment, including ophthalmic, clinical, and psychological assessments, at the University College London Hospital.

« Observing a group of individuals over 20 years is challenging, and the reported results include data from less than half of the participants in both the EP group and the control group, » Jain and colleagues acknowledged.

The EPICure study was funded by a grant from the Medical Research Council of the U.K.

Jain reported no disclosures. One co-author reported personal fees for serving as a consultant for Shire, Takeda, and Novartis; receiving partial funding from the Department of Health’s National Institute for Health Research Biomedical Research Centre’s funding scheme at University College London; and receiving grants from the Medical Research Council during the conduct of the study.