— ARIC analysis on subclinical disease progression to overt HF 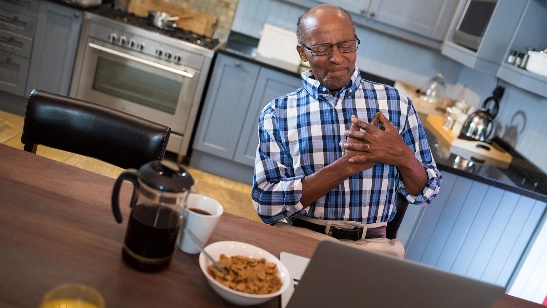 Race and gender differences in cardiac structure and systolic function persisted to late life even after accounting for established cardiovascular risk factors, according to an analysis of the aging Atherosclerosis Risk in Communities (ARIC) cohort.

Men and Black people tended to show worse left ventricular (LV) systolic function in a cohort of more than 5,000 study participants without baseline heart failure (HF) at a mean age of 75 years.

After adjustment for age, rates for HF and HFrEF, respectively, were:

Especially among Black participants, men were at higher risk of HF (P=0.016 for interaction) and HFrEF (P=0.039 for interaction) compared to women even after adjustment, reported Amil Shah, MD, MPH, of Brigham and Women’s Hospital and Harvard Medical School in Boston, and colleagues in the Feb. 1 issue of the Journal of the American College of Cardiology.

« The persistence of these differences in HF risk, and HFrEF risk in particular, according to race/gender group in analyses adjusting for traditional cardiovascular risk factors [,] suggest important residual risk related to race and gender that persists into late life, » Shah’s group found.

Prior work had tied Black men to greater LV size, mass, and concentricity, and worse systolic and diastolic function in early adulthood and midlife compared with other groups.

Now, Shah and colleagues’ findings « confirm the importance of cardiac remodeling and expand our knowledge to an older and more diverse population, » according to an accompanying editorial by João Fontes, MD, MPH, of Pacific Cardiovascular Associates in Laguna Hills, California, and Daniele Massera, MD, MSc, of NYU Grossman School of Medicine in New York City.

« Understanding the role of subclinical changes in cardiac structure and function via imaging or laboratory biomarkers has the potential to positively affect the lives of patients by influencing therapeutic interventions, clinical diagnosis, and monitoring.

To this end, [study authors] provide an important epidemiologic study that adds to our collective understanding of HF risk in older adults. Bravo, » the duo wrote.

Diastolic measures did not appear to differ by gender or race, nor did the risk of incident HF with preserved ejection fraction disproportionately affect any groups in particular, according to Shah and colleagues.

« Our analysis cannot address the mechanisms responsible for the gender- and race-based differences observed in this analysis, » Shah’s group noted.

« Indeed, both gender and race are cultural constructs as opposed to simply biologic variables.

As such, they correlate with several social determinants of health, health behaviors, and comorbidity severity not captured or accounted for in this analysis. »

Furthermore, the findings may not be generalizable to people living in other geographic regions.

Fontes and Massera pointed to important gaps in knowledge about the epidemiology of HF, such as the question of how much genes contribute to HF risk and whether biomarkers of LV structure beyond NT-proBNP and high-sensitivity troponin T could prove to be good treatment targets in the future.

ARIC was funded federally through the NIH and the Department of Health and Human Services.

Fontes had no disclosures.

Primary Source: Journal of the American College of Cardiology

Secondary Source: Journal of the American College of Cardiology