Cognitive Decline in Schizophrenia Begins as Early as Adolescence 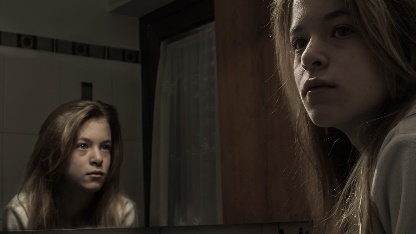 People diagnosed with schizophrenia showed early signs of cognitive decline as well as rapid declines later in life, suggesting that early and consistent interventions might be beneficial to curb these effects, researchers reported.

On average, individuals diagnosed with schizophrenia experienced a 16-point drop in IQ from early adolescence through adulthood, as compared with a 9-point decline for people with other psychotic disorders, reported Katherine Jonas, PhD, of Stony Brook University in New York, and colleagues in JAMA Psychiatry.

In the 14 years leading up to psychosis onset through the 22 years afterward, participants with schizophrenia experienced declines in IQ averaging more than 1 point every 3 years, while those with psychotic disorders saw declines of roughly 1 point every 7 years.

« We’re measuring things relative to the time when people had their first psychotic symptoms, the first hallucination or delusion, » Jonas told MedPage Today.

« By that point, in this cohort, people with schizophrenia had already experienced some pretty significant cognitive decline. »

Beyond 22 years, cognitive decline dipped at a faster clip for both groups — over 1 IQ point every 2 years.

« The two groups diverge mainly in that early period where folks who go on to develop schizophrenia are declining at a faster rate, » Jonas said, adding that the two groups have a similar trajectory after the early time frame between childhood and early adulthood.

« Overall, they’re getting close to a range of IQ where we would consider that indicative of dementia. »

To measure rates of cognitive decline, the researchers analyzed data on 428 individuals (212 with schizophrenia and 216 with other psychotic disorders) from a longitudinal first-admission psychosis study called the Suffolk County Mental Health Project.

They noted that schizophrenia « has been conceptualized as neurodevelopmental and a neurodegenerative disorder » and sought to test this theory by tracking cognition early on through older age.

Participants were tracked from enrollment, when they were first admitted for psychotic symptoms (1989-1995), through follow-up assessments at 6 months, 2 years, 20 years, and 25 years. Cognitive ability was analyzed using preadmission school records and a variety of post-admission tests, adjusted to the IQ scale.

In total, the participants were observed and retrospectively analyzed over approximately 39 years.

The subset with schizophrenia started out with lower average baseline IQ scores in early adolescence than their peers with other psychotic disorders, a difference that continued through follow-up:

Jonas said that even with the cognitive decline, the individuals with schizophrenia would not likely show noticeable changes through day-to-day life, unless someone was closely observing them.

The decreased cognitive ability does have the potential to be a marker, however, for assessment and treatment of these individuals at any stage of life.

« In a way, it doesn’t matter if folks have declined, » Jonas said.

« What matters is where they are now, and how that affects their life.

And it’s hard [because] the second decline is occurring around a point when many of our participants are losing their parents and other family supports.

So it suggests a certain vulnerability or vulnerable period late in life when things unfortunately, in terms of cognition, get even worse. »

The second decline is a period of particular interest, according to Jacob Ballon, MD, MPH, of Stanford University in California, who noted that there are a lot of resources for young individuals with schizophrenia, such as supportive employment, psychotherapy, and case management.

« It makes sense that you would focus on those people because that’s where you have the greatest trajectory to make a difference in somebody’s life, » Ballon told MedPage Today.

« If you get them back on track, and they’re still 23, they have their whole life ahead of them.

Whereas if they’re in their 40s or 50s, maybe their life is already going in a certain direction and it’s going to be a little harder to change it.

So these data might suggest that it’s not necessarily too late. »

He said the findings open the door to even more questions about the potential benefits of offering consistent care to individuals with schizophrenia across their lives from childhood to later adulthood.

The declines in cognitive ability highlight the need for more care during those crucial periods in an individual’s life.

« There may be room for a meaningful difference in changing the course of their cognitive trajectory by continuing to offer education and employment services, » Ballon said.

It’s still worthwhile to focus on folks at the first episode, but there actually may be some benefit to continuing beyond that. »

He covers psychiatry and other clinical news related to U.S. healthcare system. Follow

The study was supported by the National Institutes of Health.

Jonas and two co-authors reported receiving grants from the National Institute of Mental Health during the conduct of the study.