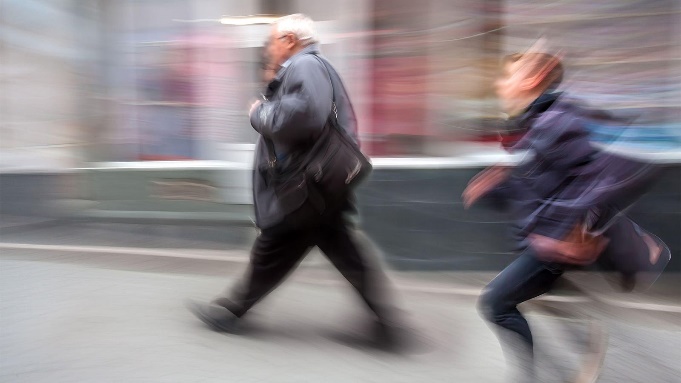 A combined drop in both walking speed and cognitive function was tied to an increased risk of dementia, a study of nearly 17,000 older adults showed.

Dual decline in gait speed and cognition carried a higher risk of dementia than either gait-only decline or cognitive-only decline, reported Taya Collyer, PhD, of Monash University in Victoria, Australia, and co-authors, in JAMA Network Open.

Dementia risk was highest in people who had slower gait speeds coupled with lower memory scores over time.

« Slowing gait and failing memory may be the best combination of clinical measures to identify people at risk of future dementia, » co-author Michele Callisaya, PhD, of the National Center for Healthy Aging at Monash University and Peninsula Health, told MedPage Today.

« By the time a diagnosis of dementia is made, there’s already been a substantial buildup of pathology in the brain, » Callisaya said.

« Gait speed is quick to measure and only requires a measured distance and a stopwatch, » she pointed out.

« Slowing of more than 0.05 meters per second per year should trigger a more comprehensive assessment. »

Gait evaluations often are not performed in clinics, noted Joe Verghese, MD, of Albert Einstein College of Medicine in New York City, in an invited commentary.

« Despite the established predictive validity of gait assessments for geriatric syndromes, an implementation barrier for routine gait assessment in clinics exists that needs to be addressed to improve care of older patients, » Verghese observed.