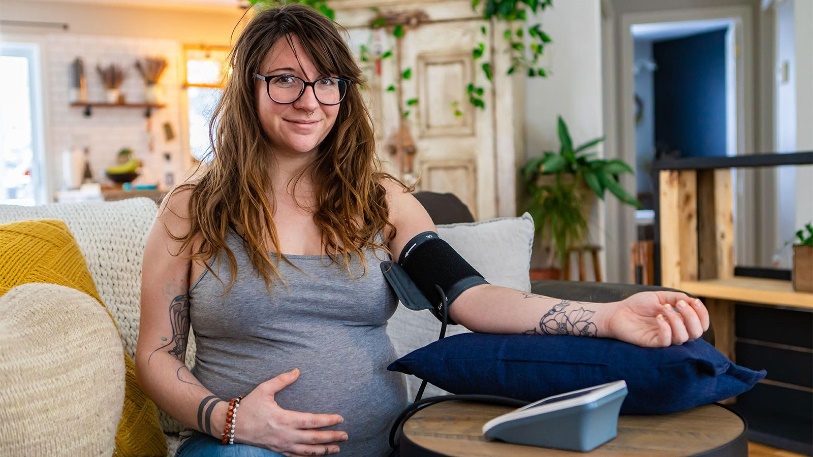 Intervening on maternal blood pressure (BP) during pregnancy wouldn’t help children stave off cardiometabolic diseases when they grew up, according to a large study.

In a study based on 29,708 genotyped mother-offspring pairs, mom’s high BP, as proxied by maternal single nucleotide polymorphisms (SNPs) that influence BP, was ruled out as a determinant of adverse cardiometabolic outcomes in offspring on Mendelian randomization, reported Nicole Warrington, PhD, of the University of Queensland Diamantina Institute in Woolloongabba, Australia, and colleagues.

« The implication is that modest increases in maternal BP during pregnancy are unlikely to drive large increases in offspring cardiometabolic risk in later life, » the investigators stated in Hypertension.

« Although previous conventional epidemiological studies have found some evidence for associations between maternal BP and offspring cardiometabolic risk factors, our analyses, which provide a more rigorous assessment of causality, suggest that offspring genetic effects and confounding by environmental factors may be the predominant explanation for such population-level associations, » they wrote.

Nevertheless, the long-term effects of extreme exposures such as gestational hypertension and preeclampsia on offspring remain unknown, the authors stated.

« It is well known that BP elevation has both genetic and environmental causes and the relationship between a mother’s BP during pregnancy and her offspring’s BP later in life has been a source of debate, » noted Stephen Daniels, MD, PhD, of University of Colorado School of Medicine and Children’s Hospital Colorado in Aurora.

« This study is important because it demonstrates that shared environment as a child grows up is likely to be more important than the mother’s BP during pregnancy.

There may be reasons related to the mother’s short-term and long-term health to manage elevated BP during pregnancy, but it is probably not as important with respect to the offspring’s long term cardiovascular health, » commented Daniels, who was not involved with the study.

Warrington’s group pooled data from the U.K. Biobank and the Trøndelag Health Study (HUNT) from Norway. Mendelian randomization allowed the authors to examine the relationship between unweighted maternal genetic scores for systolic BP and diastolic BP and a range of cardiometabolic risk factors in offspring.

« Importantly, all offspring from the [U.K. Biobank] and the majority of offspring from the HUNT study are middle-aged and elderly adults who are old enough to manifest elevated levels of risk factors for cardiometabolic disease, » the authors noted.

A similar analysis on 21,423 father-offspring pairs from the same study cohorts also turned up no association between paternal BP and child’s cardiometabolic trajectory.

BP-associated SNPs derived from the general population had similar effects on maternal BP during pregnancy, the authors confirmed.

Warrington’s group acknowledged that the study did not have sufficient statistical power to rule out small-to-moderate causal effects of maternal BP on offspring cardiometabolic risk.

A major factor limiting the study’s generalizability was the inclusion of people of only European ancestry.

Warrington’s group had no disclosures.