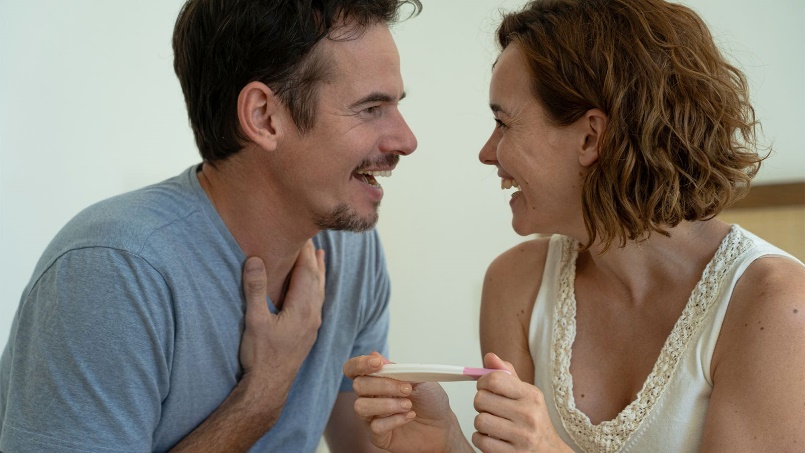 After adjusting for maternal age, the probability of a successful live birth through in vitro fertilization (IVF) or intracytoplasmic sperm injection (ICSI) decreased with paternal age over 50 versus age ≤35 (OR 0.674, 95% CI 0.482-0.943, P=0.021), reported Guy Morris, MBChB, of the Centre for Reproductive and Genetic Health in London, and colleagues.

« There should be a public health message for men not to delay fatherhood, » the authors suggested in Acta Obstetricia et Gynecologica Scandinavica.

Increasing age in women is associated with reduced success with ART, Morris and colleagues noted. However, there is less evidence on the impact that increasing paternal age has on ART outcomes.

The issue of paternal age has become increasingly relevant, they said, as delayed parenthood is becoming more common among both men and women, and increasing age in men is associated with a deterioration in semen quality.

The retrospective cohort analysis included data on all couples that underwent IVF or ICSI with fresh embryo transfer from December 2009 to August 2018 at Morris’s institution in London.

Morris and colleagues noted that while they were able to account for a major confounding variable — maternal age — they were not able to incorporate other paternal measures that could affect ART outcomes, such as body mass index, smoking, previous conceptions, and comorbidities. They were also unable to control for the cause of subfertility.

« Irrespective of the cause of infertility, increased male age is associated with a reduced live birth and CPR but does not affect the rate of miscarriage, » the authors concluded. « Further work on the possible mechanisms of this effect and whether there are enhanced sperm selection techniques that can mitigate it, is required. »

Mike Bassett is a staff writer focusing on oncology and hematology. He is based in Massachusetts.

The authors reported no conflicts of interest.