— Can too much cleaning be a bad thing for prospective mothers? 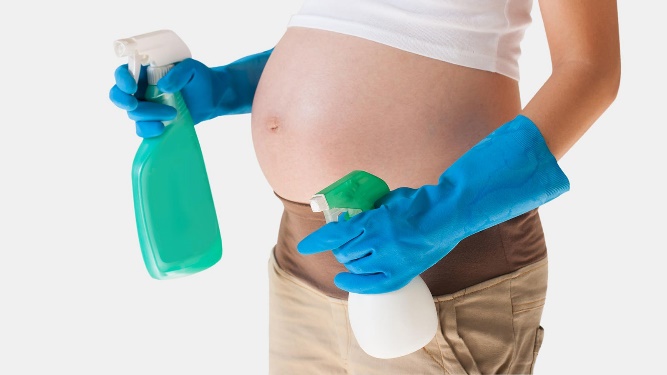 Mothers who were exposed to disinfectants on the job were more likely to have children with asthma, an analysis of a large birth cohort from Japan suggested.

After adjusting for many factors including maternal return to work 1 year after giving birth, mothers who used disinfectants every day in the prenatal period were more likely to have children diagnosed with asthma by 3 years of age compared with those who never used disinfectants (adjusted OR 1.26, 95% CI 1.05-1.52), reported Reiji Kojima, MD, PhD, of the University of Yamanashi, and colleagues.

Women who used disinfectants one to six times per week also had an elevated risk of having children with asthma (aOR 1.18, 95% CI 1.05-1.33), the researchers noted in Occupational & Environmental Medicine.

However, there was no significant association between disinfectant exposure and food allergy at 3 years of age.

« Given the current increased use of disinfectants to prevent new coronavirus infections, it is of great public health importance to consider whether prenatal disinfectant exposure is a risk for the development of allergic diseases, » the researchers wrote.

Previous studies have primarily focused on postnatal exposures, they added, and few have looked at the impact of disinfectants alone.

Kojima and colleagues offered a few potential explanations for the association between maternal disinfectant exposure and asthma and eczema. First, disinfectants may alter the mother’s dermal flora, which has been reported to influence the newborn’s gut microbiota.

Alternatively, exposure to volatile organic compounds during pregnancy may have distorted the fetus’s immune system, making it « more susceptible to asthma later in life, » the researchers wrote.

Finally, « it is possible that the findings of this study are simply the result of bias, » they conceded. « Populations that use medical disinfectants frequently are likely to be more medically knowledgeable and have better access to healthcare than those that do not, and therefore may have reported the development of allergic disease in their children more frequently. »

However, they noted that the association between prenatal disinfectant exposure and asthma remained after adjusting for the mother’s occupation.

This nationwide birth cohort study included nearly 80,000 mother-child pairs who were recruited from 2011 to 2014 as part of the Japan Environment and Children’s Study.

Data for the study were self-reported by mothers, including physician-diagnosed allergic diseases in children at 3 years of age and occupational disinfectant use by the mothers.

About 21% of the mothers were healthcare professionals, and just under half returned to work at 1 year.

Kojima and colleagues noted that they did not compare pre- and postnatal maternal disinfectant exposure, nor did they differentiate between disinfectants.

The study was funded by the Ministry of the Environment of Japan.

The researchers reported no disclosures.