— Association not seen in female teens, though 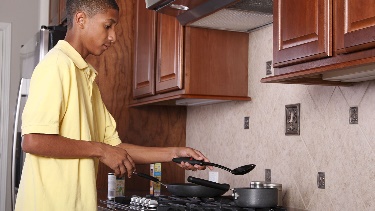 Among youth between the ages of 12 to 19, boys who had greater exposure to serum perfluorooctanoate (PFOA) — a man-made type of per- and polyfluoroalkyl substances (PFAS) chemical group commonly used in non-stick and heat-resistant coatings — saw lower bone mineral density scores, according to Abby Fleisch, MD, MPH, of Maine Medical Center Research Institute in Portland, and colleagues.

Specifically, as shown in the study in the Journal of Clinical Endocrinology and Metabolism, each doubling of serum PFOA exposure was associated with a 0.24 (95% CI -0.41 to -0.06) lower adjusted bone mineral density z-score in boys.

While there was also a trend between greater exposure to serum perfluorooctane sulfonate (PFOS) and urinary mono-isobutyl phthalate (MiBP) with lower bone mineral density, these relationships weren’t statistically significant, the researchers said.

« Adolescence is an important time when our bodies build up bone, » Fleisch explained in a statement.

« Almost all U.S. children and adolescents are exposed to PFAS and phthalates, but few studies have looked at how these chemicals could be impacting our bone health. »

« Our research found an association between certain PFAS and phthalates and reduced bone mineral density in adolescent males. Because bone accrual primarily occurs during adolescence, if replicated, this finding may have implications for lifelong bone health, » she suggested.

Different findings were seen in female teens, however. Though it didn’t reach statistical significance, there was a modest trend seen between greater exposure to serum PFOA and urinary MiBP associated with higher bone mineral density in females.

« Our finding of associations between higher levels of select chemicals and lower aBMD [areal bone mineral density] z-score in males but not females may be related to differences in biological impact across chemicals, » the group wrote, citing prior research that found that males who had higher biomarker concentrations of PFOA and PFOS had lower testosterone levels.

Fleisch’s group drew upon data from cycles of the National Health and Nutrition Examination Survey (NHANES) from 2011 to 2016.

A total of 453 males and 395 females with an average age of 15 were included in the sample.

Exposure to PFAS and phthalates were assessed with urine and blood samples and bone density of « total body less head » was measured with DXA scans.

Among the PFAS measured, PFOS had the highest median concentration at 3.2 ng/mL.

And among the urinary phthalate biomarkers measured, MEP had the highest median concentration at 34.5 ng/mL.

On average, teens who engaged in more physical activity, were male, and were non-Hispanic Black tended to have higher BMD z-scores.

The study was supported by the National Institutes of Health.

Fleisch and co-authors reported no disclosures.

Journal of Clinical Endocrinology and Metabolism