— But lesser risk seen with opioid withdrawal syndrome, suggesting treatment may be protective 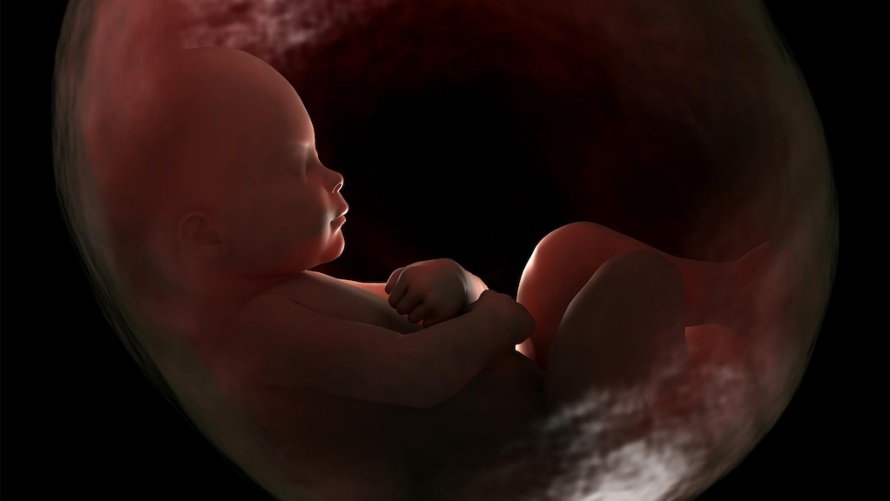 Babies exposed to opioids during pregnancy appeared to be at greater risk for mortality, but those with neonatal opioid withdrawal syndrome (NOWS, also known as neonatal abstinence syndrome) may be protected, according to results of a retrospective cohort study.

The risk of infant mortality was 72% higher for opioid-exposed babies who were not diagnosed with NOWS compared with a reference group (OR 1.72, 95% CI 1.25-2.37), reported JoAnna Leyenaar, MD, PhD, MPH, of the Children’s Hospital at Dartmouth-Hitchcock Medical Center in Lebanon, New Hampshire, and colleagues.

While infant mortality was 20 per 1,000 live births for opioid-exposed babies without a NOWS diagnosis, this rate was 11 per 1,000 for babies who were diagnosed with the condition, suggesting that treatment and social support provided to this population may be protective, the researchers wrote in JAMA Pediatrics.

Opioid-exposed infants who were not diagnosed with NOWS made up nearly half of all babies who came into contact with the substances in utero, Leyenaar’s group noted. The undiagnosed group appeared to be at an especially increased risk of mortality, despite having lower rates of adverse birth outcomes compared with babies with a NOWS diagnosis.

“Infants with NOWS did experience increased likelihood of preterm birth, small-for-gestational-age, and congenital abnormalities at the time of birth,” Leyenaar told MedPage Today. “Even with those differences, they were less likely to experience infant mortality than those without a diagnosis.”

She believes outcomes for opioid-exposed infants who are not diagnosed with NOWS have historically been under-investigated. This study, she added, illustrates the importance of future studies to analyze health outcomes within this population.

“These babies who have been exposed to opioids but don’t carry the diagnosis have a significantly increased mortality rate after going home from the hospital,” said Jonathan Davis, MD, vice chair of pediatrics and chief of newborn medicine at Tufts Children’s Hospital in Boston, who was not involved with this research. “It’s fascinating to me because babies who have been exposed to opioids who are theoretically ‘sicker,’ in that they require treatment or carry this diagnosis of NOWS, don’t have increased mortality.”

Davis said that early intervention programs, medical follow-up, and support from child protective services have typically been reserved for the babies who are most significantly impacted from opioid exposure. However, he added that this study calls into question whether these supports should be provided to all opioid-exposed infants.

The increasing prevalence of opioid use disorder among pregnant women has led to an increased number of infants exposed to opioids in utero, with around 20,000 infants being diagnosed with NOWS in the U.S. each year, Leyenaar and colleagues said. They aimed to describe infant mortality among babies who came into contact with opioids during pregnancy, categorizing risk based on whether or not they were diagnosed with NOWS.

The researchers linked healthcare claims to vital records for all births that occurred in Texas and were insured by Medicaid from 2010 to 2014. They analyzed mother-infant pairs in which the baby was born at 23 to 43 weeks’ gestation, to mothers ages 15 to 44. Infants were followed for their first year of life, and infant mortality was defined as a death within this time period.

Of the 1,129,032 mother-infant pairs included in the study, about 7,200 babies had prenatal opioid exposure. Approximately 4,200 of the babies exposed to opioids in utero were diagnosed with NOWS. Opioid exposure was more likely to occur among mothers who were white, unmarried, and who smoked during pregnancy. In addition, infants exposed to opioids in utero were more likely to be born to a mother who had a mental illness.

Opioid-exposed babies who did not receive a NOWS diagnosis had the highest risk of infant mortality. The mortality rate in the reference group was six per 1,000 live births.

The researchers conducted a sensitivity analysis beginning 5 days after birth to control for survivorship bias, finding that the survival rate was still significantly lower for opioid-exposed infants with and without a NOWS diagnosis.

After adjustments for maternal health and behavioral factors, researchers found that the odds of mortality were no longer significantly increased for infants with a NOWS diagnosis (OR 1.17, 95% CI 0.88-1.56), but remained elevated for opioid-exposed infants who were not diagnosed (OR 2.08, 95% CI 1.57-2.76).

Leyenaar and colleagues noted that their study was limited by the absence of pharmacy claims data, which would have allowed them to examine how maternal treatments for opioid use disorder affected infant outcomes. The researchers also did not control for factors such as birth hospital length of stay, post-discharge healthcare use, and custody status, which may have impacted mortality risk. As this study was conducted in Texas (which had a lower NOWS incidence than other U.S. regions during this study), and was limited to births covered by Medicaid, results may not be generalizable.

Amanda D’Ambrosio is a reporter on MedPage Today’s enterprise & investigative team. She covers obstetrics-gynecology and other clinical news, and writes features about the U.S. healthcare system. Follow

This study was funded in part by the Hearst Foundation.

Leyenaar and colleagues reported receiving funds from a Dartmouth-Hitchcock Medical Center Hearst Foundation endowment award in Maternal and Child Health, the NIH, and the Texas Health and Human Services Commission.