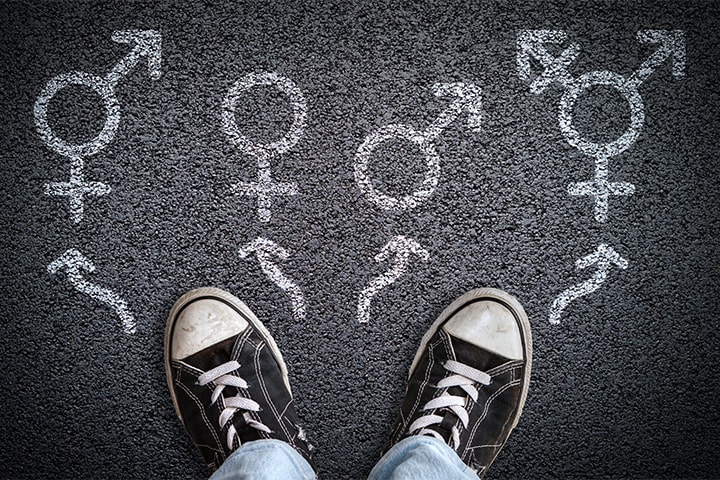 Transgender youth who presented to a clinic for gender-affirming care in early adolescence had fewer mental health problems than adolescents who first sought care when older, or in later stages of puberty, researchers reported.

Among 300 teens seeking gender-affirming care, a significantly higher proportion of adolescents older than 15 reported experiencing mental health problems compared with children under 15, including the following (all P<0.05):

Overall, 78% of the cohort reported at least one mental health problem.

« I hope this study highlights the importance of timely access to gender-affirming medical care for youth with gender dysphoria and that these findings can be used to provide support for efforts to ensure that this care is readily available for youth who need it, » Sorbara told MedPage Today in an email.

This study confirms the rationale for starting adolescents on gender-affirming care, such as puberty blockers or hormones, earlier on, to prevent the psychological suffering associated with puberty that can occur in children with gender dysphoria, commented Annelou L.C. de Vries, MD, PhD, of the Amsterdam University Medical Centers in the Netherlands, in an accompanying editorial.

However, « some caution is warranted, » because how gender identity develops is complex and diverse, de Vries noted.

Although older youth seeking care had more mental health problems in this study, they waited a similar amount of time after recognizing their transgender identities to seek care as the younger youth did (7.4 vs 6.8 years), indicating older youth may have « simply experienced gender history events at older ages, » Sorbara’s group noted.

« Whether there are additional differences between these two groups warrants further study, » the investigators wrote. « Our data also suggest that age and pubertal stage at the first visit rather than the duration of transgender identity underlie some of the mental health distress among youth who present [for gender-affirming medical care] later in life. »

The proportion of older youth seeking gender-affirming care has not declined in recent years, as therapies have become more accessible, and most transgender people still seek care when they are older, or even as adults, de Vries said. And although the proportion of patients who stop reversible blockers is low, some later-presenting transgender adolescents eventually detransition.

« [P]roviding early medical treatment to transgender adolescents remains a challenging area to work in, » de Vries wrote. More studies are needed to inform clinicians on the best way to take an individualized approach « that differentiates who will benefit from medical gender affirmation and for whom (additional) mental health support might be more appropriate. »

The study involved children presenting to the Transgender Youth Clinic at the investigators’ hospital, at which medical professionals perform routine mental health screening. One cohort was created from patients presenting to the clinic in 2013-2016 and a second cohort was created from patients presenting in 2017-2018. The second cohort was younger than the first, « consistent with a shift over time toward slightly younger ages at presentation to our clinic, » Sorbara and colleagues said.

Median age at initial presentation was 15.4 overall. When stratified as before-15 and after-15, median age for the former was 13.9 and 16.3 for the latter.

In addition to reporting more mental health problems, youth over 15 were significantly more likely than younger adolescents to be on psychoactive medications (36% vs 23%), researchers reported. Specifically, every 1-year increase in the age youth presented to the clinic was associated with about a 30% increased risk after adjusting for pubertal age (OR 1.31, 95% CI 1.05-1.63).

Notably, the associations between age at presentation and depression, anxiety, suicidality, or self-harm were not significant after adjusting for pubertal age, pointing to the « complex relationship among mental health, age, and pubertal development, » Sorbara and colleagues wrote.

The mental health problems reported in this study were captured at a single point in time, which is a limitation, the authors noted. The age at depression and anxiety diagnoses were also unknown, which raises the possibility that older youth in the study may have simply had more time to accrue a mental health diagnosis than younger youth. The findings may also be subject to recall bias and may not be generalizable because this was a cohort of children at a single tertiary care facility.