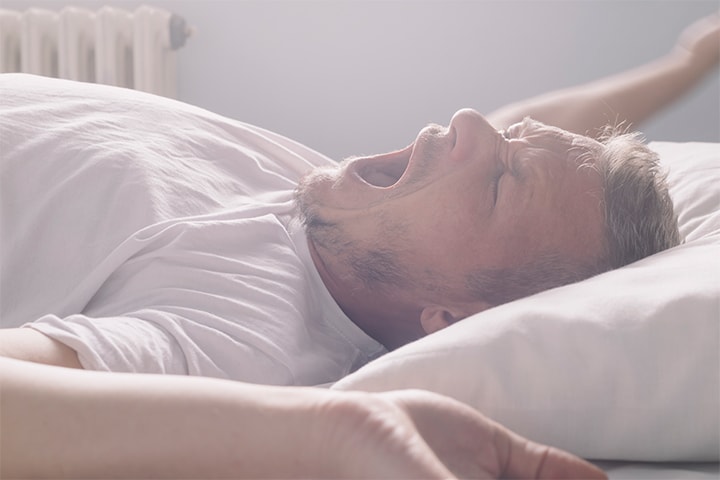 Global cognitive function declined faster in people with either very short or very long sleep duration than in people who slept 7 hours a night, combined data from England and China showed.

Findings were consistent in English and Chinese cohorts, despite cultural differences. An inverted U-shaped association between sleep duration and change in global cognition score emerged, which also was seen in longitudinal analyses for memory scores, but not executive function or orientation scores.

How sleep duration and cognitive decline are linked is one of the most studied and controversial topics in recent years, observed Yue Leng, MD, PhD, and Kristine Yaffe, MD, both of the University of California San Francisco, in an accompanying editorial.

This pooled study from England and China presented a unique opportunity to investigate extreme categories of sleep duration: people who sleep 4 hours or less per night, and people who sleep 10 hours or more, they noted.

While the researchers « should be commended for the large sample size of their study and the ability to examine extreme sleep duration, the interpretation of its public health relevance has been limited by the small effect sizes and the low prevalence of extreme sleep duration among the general population, » they added.

Compared with the English cohort, Chinese participants had other baseline differences: they had lower BMI, less education, higher depression scale scores, and were less likely to live alone or drink alcohol at least once a week. They were less likely to have hypertension, cancer, or asthma, but more likely to have coronary heart disease and chronic lung disease. They had higher memory scores and lower executive function scores.

These differences may be due to genetics, culture, environment, lifestyle, or a combination of variables, « yet almost nothing is known about how these factors might contribute to the association between sleep duration and cognition in different populations, » Leng and Yaffe said. Over time, Chinese participants with more extreme sleep duration had faster memory decline than their English counterparts.

The cause of a U-shaped association between sleep duration and cognitive outcomes is not clear, the editorialists noted. « Although ample evidence supports the negative impact of sleep deprivation on cognitive aging through the promotion of amyloid and tau deposition, endothelial dysfunction, and inflammation, there are no known biological mechanisms that explain why long sleep duration might cause cognitive impairment, » they wrote.

Subjective sleep reports have limitations and long sleep durations may reflect other sleep disorders, comorbidities, medication use, or frailty, Leng and Yaffe said.

Extreme sleep duration could be an early manifestation of brain impairment and reverse causality is possible, Xie and co-authors pointed out. Cognitive function was measured using isolated tasks, which may not have been sensitive enough to detect subtle declines, they added.

The study was supported by the National Natural Science Foundation of China, the Newton International Fellowship from the Academy of Medical Sciences, the Fundamental Research Funds for the Central Universities of China, and the 2019 Irma and Paul Milstein Program for Senior Health Research Project Award.

Researchers reported no conflicts of interest.