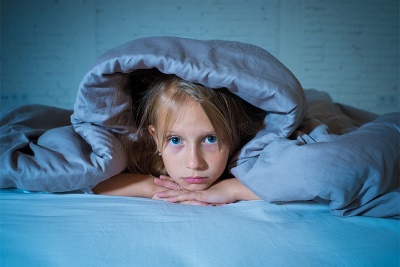 Irritability (65%), insomnia (55%), and pain (54%) were the most prevalent symptoms reported by parents, said James Feinstein, MD, MPH, of the University of Colorado and Children’s Hospital Colorado in Aurora, and co-authors in JAMA Network Open.

Higher symptom burdens were linked to increasing polypharmacy — most children in the study were taking at least 10 medications — though only 61% of those affected by pain were prescribed an analgesic, the researchers noted.

For children who can’t self-report symptoms, no system exists to assess multiple symptoms and their connection with medication use, they added.

« As a result, these children are often prescribed multiple medications to treat a multitude of symptoms, including irritability, pain, insomnia, and constipation, among others, » they added. « Clinicians and families are faced with the conflict of using pharmacological therapy to adequately treat symptoms without provocation of potential adverse medication symptoms. »

During routine clinical visits from April through December 2019, Feinstein’s team evaluated symptom burden in 100 children with severe neurologic impairment. Parents completed the Memorial Symptom Assessment Scale (MSAS) to assess the frequency, severity, and extent of 28 different symptoms in their children in the previous 7 days. From those answers, the researchers calculated a global symptom score, then connected that score with clinical and pharmacy data.

Just over half of children in the study were boys. Median age was 9, and 62% had three or more complex chronic conditions. Three-quarters of children (76%) took 10 or more drugs; almost all took neurological, gastrointestinal, and respiratory medications.

Parents reported a median of seven concurrent active symptoms. On the 100-point global symptom scale, scores ranged from 0 to 41 (higher numbers are worse).

Several findings in the study are notable, including the high symptom burden these children had even when well, Musial and Thomson noted. « Remarkably, children with severe neurologic impairment in this study had symptom burdens that significantly exceeded those reported in children with terminal cancer at the end of life, » they wrote.

They pointed to the number of children in pain who weren’t prescribed analgesics as suggesting potential for improvement. But the relationship seen between symptom burden and number of drugs may signal « that the addition of more medications does not always translate to better symptom control, » they wrote.

« Highlighting the importance of assessing the medication list to elucidate medications known to provoke symptoms, Feinstein et al. found an association between the use of anticholinergic medications and parent-reported constipation and drowsiness, which are known adverse effects of these medications, » the editorialists added. « A system that cross-references reported symptoms with medications known to cause or exacerbate symptoms would be beneficial as clinicians and families seek to optimize medication management and symptom burden. »

Most children in the study were white and had white, English-speaking caregivers. This is important because non-white patients are more likely to be undertreated for pain, the editorialists observed. In addition, « pain as a symptom is nuanced, complicated, multifactorial, and difficult to interpret in this largely nonverbal population, » Musial and Thomson wrote.