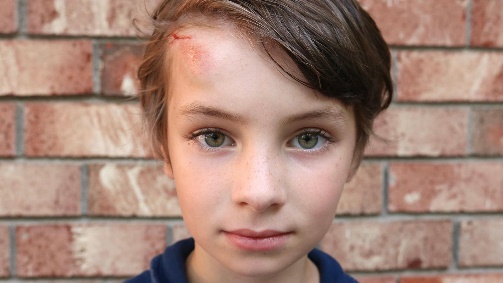 Concussion in kids was associated with an increased risk of mental health problems compared with orthopedic injury, a 10-year retrospective cohort study from Canada found.

« It has been found that collaborative care and mental health treatment improve outcomes in pediatric concussion with chronic symptoms. »

While one in five Canadian children has a mental health disorder, this proportion was higher among the kids in both study groups.

« This may be due to differences in the time period and method of identifying and/or defining mental health problems, » the authors suggested.

« It may also reflect the mutual experience of trauma, as it has been reported that individuals with orthopedic injury may have long-lasting behavioral changes after injury. »

« Such a large-scale study highlights associations between concussion and mental health but also raises important unanswered questions, » wrote Talin Babikian, PhD, of the University of California Los Angeles, in an invited commentary.

Despite the increased public health concern about the long-term effects of concussions, « the mechanism of this increased risk remains largely elusive. »

Babikian warned of a « dichotomy trap » when discussing the role of concussions in increased mental health problems in youth, with « artificial division of mental vs physical, psychological vs neurological, and organic vs environmental. »

« These divisions are largely remnants of the historical conditioning of our training paradigms, » she explained.

« In reality, all of these frames of reference characterize the same system: our intricate nervous system. »

« Youth arrive at a concussion not as a blank slate, but rather as a tapestry of risks and resiliencies — personal, familial, and environmental, » Babikian noted.

Therefore, when managing a concussion, it is important to maintain a « sense of safety and agency » and a « sense of connection and belonging. »

« Orthopedic injuries have been shown to be a good comparison group, as they share injury-related experiences (e.g., emergency department visit, pain, injury-related stress) and premorbid characteristics, » Ledoux and team noted.

If a patient had more than one concussion or orthopedic injury, the first diagnosed incident was included for the study.

The study authors acknowledged that their retrospective observational design was an « inherent weakness » to the study.

They also noted that their study relied on diagnoses codes and administrative databases, which may introduce misclassification errors and do not account for all mental health services provided.

This study was supported by ICES, a nonprofit research institute whose legal status under Ontario’s health information privacy law allows it to collect and analyze healthcare and demographic data, without consent, for health system evaluation and improvement.

Ledoux reported no disclosures. One study author reported receiving research grants from the National Football League scientific advisory board, serving on the concussion advisory board for Parachute Canada (a nonprofit injury prevention charity), and being the co-founder, scientific director, and a minority shareholder in 360 Concussion Care.