— Good news for video gamers, however 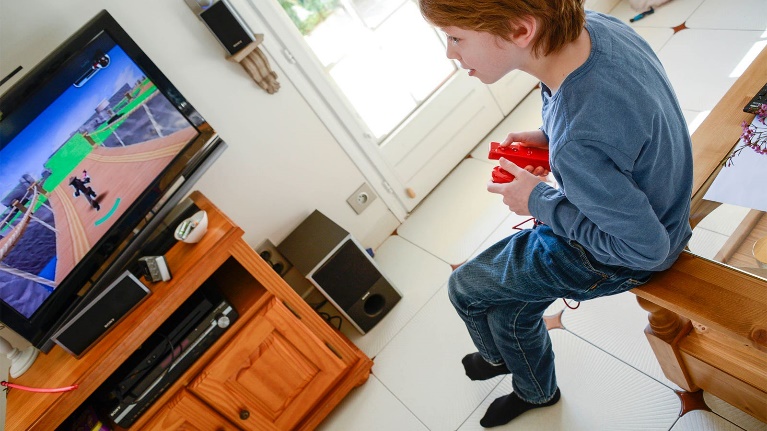 Media multitasking, rather than total amount of time spent on digital media, reflected children’s stress levels, attention spans, and sleep, according to a small study of 8- to 12-year-olds.

Higher levels of media multitasking were associated with worse sleep and behavior, increased levels of psychological distress, and lower attention ratings by both teachers and parents of 118 students at a Swiss school, reported Pedro Cardoso-Leite, PhD, of the University of Luxembourg, and colleagues.

Video gaming, on the other hand, reduced levels of stress and improved attention control, the study group wrote in PLOS One.

There was no significant relationship between total media use and the variables related to child health, Cardoso-Leite’s team reported.

« We argue, as have many before us, that total time on media is not a sufficient metric, » the researchers said.

« Total time on media correlates strongly with measures of more specific forms of media use, each of which having their unique, positive or negative impact. »

At times during the COVID-19 pandemic, teenagers’ screen times have nearly doubled compared to pre-pandemic times, according to another study.

In the present analysis, media multitasking — the amount of additional media used while already using a primary digital medium — increased with age.

Whereas past studies have shown that girls tend to multitask more than boys, Cardoso-Leite and colleagues found no significant difference in the amount of multitasking between girls and boys.

At age 8, children spent an average of 4 hours and 28 minutes on digital media per day.

By age 12, that number nearly doubled to 8 hours and 14 minutes.

For the study, the authors enrolled 57 girls and 61 boys from a public school in Geneva.

Participants had a mean age of 10.3 years.

Parents were asked to fill out questionnaires on media consumption, sleep habits, and attention and behavior.

Teachers were also asked to fill out questionnaires on attention and behavior.

Attention was measured with three different cognitive tests. Children in special needs classes were excluded from the study.

« This research field is currently characterized by both [a] ubiquity of correlations among variables and a paucity of evidence for specific causal relations among them, » the researchers wrote.

In that context, psychological network analysis becomes especially useful, the researchers said, since many of the factors (e.g., attention control, sleep, stress, grades) studied all impact each other.

A major limitation of such an analysis was that it still could not discern causal relationships between variables.

Then, attention deficit-hyperactivity disorder (ADHD)-like behavior was associated with lower grades, resulting in the indirect relationship between media multitasking and school performance, according to Cardoso-Leite and colleagues.

This study was funded by grants from the Luxembourg National Research Fund, the Swiss National Fund, and the Klaus J. Jacobs Foundation.