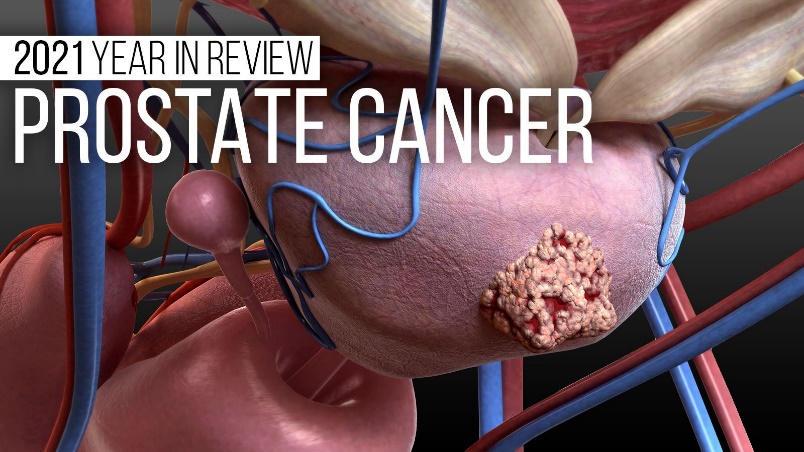 Over the past year, key developments in prostate cancer included approvals of prostate-specific membrane antigen (PSMA) targeted PET imaging agents, more evidence supporting the use of MRI-targeted biopsy, and the growing potential of genomic testing.

In May, the FDA approved a second PSMA-targeted imaging drug — piflufolastat F 18 (Pylarify) — for men with suspected metastasis who are candidates for initial definitive therapy or for those with biochemical recurrence, based on results from the CONDOR and OSPREY trials.

« Pylarify can detect the spread of disease well before standard imaging and can be a transformative diagnostic tool that helps clinicians develop treatment plans based on a much more accurate understanding of a patient’s distribution of disease, » said Michael Morris, MD, of Memorial Sloan Kettering Cancer Center in New York City, in a statement.

The first FDA approval in this area was last December when the FDA gave the go-ahead to gallium 68 PSMA-11.

Targeting PSMA in More Than Imaging

Results from the VISION trial showed that the addition of lutetium-177 PSMA-617 to standard of care extended median overall survival (OS) by 4 months and radiographic progression-free survival (PFS) by 5.3 months in patients with metastatic castration-resistant prostate cancer.

PSMA expression has been shown to be 100 to 1,000 times greater in prostate tumors than in normal tissue, and expression is further increased in metastatic castration-resistant prostate cancer. PSMA-617 is a small molecule that binds to PSMA, and with lutetium-177 attached, delivers beta-radiation directly to tumor cells.

« These findings do warrant adoption of lutetium PSMA as a new treatment option in this patient population, pending FDA review, » said Morris, who presented the findings at the virtual American Society of Clinical Oncology (ASCO) annual meeting.

The use of prostate MRI followed by targeted biopsy was able to detect as many clinically significant cancers as standard ultrasound-guided systematic biopsy, while detecting fewer lower-risk cancers, according to results from the PRECISE trial.

The proportion of GG1 tumors decreased from 22% with TRUS biopsy to 10% with targeted MRI-guided biopsy.

Almost 40% of men randomized to the MRI group had negative imaging results, allowing them to avoid biopsy.

Results of the study were similar to those previously reported in the PRECISION trial, which showed a 12% absolute difference in detection of clinically significant prostate cancer in favor of MRI and targeted biopsy.

The PEACE-1 trial showed that the triplet therapy extended radiographic PFS by a median of 2.5 years in these patients.

The results could be practice changing, said Karim Fizazi, MD, PhD, of Institut Gustave Roussy in Villejuif, France, in presenting the study at ASCO’s virtual annual meeting. « Regardless of overall survival results, this data question whether we should deny patients approximately 2 and a half years without radiographic progression or death, or whether combining ADT/docetaxel and abiraterone/prednisone should simply become the new standard of care. »

And results from the STAMPEDE trial, presented at the virtual European Society for Medical Oncology annual meeting, showed that abiraterone acetate plus prednisolone (AAP) and ADT with or without enzalutamide (Xtandi) improved metastasis-free and OS in men with high-risk prostate cancer compared with ADT alone.

« This addresses an unmet need of treating high-risk prostate cancer patients after 10 years of stagnant standard of care, » she said. « These are positive outcomes that are clinically meaningful. »

A prostate cancer genomic test accurately identified patients who would ultimately develop distant metastases, die of prostate cancer, or die prematurely of any cause.

When applied to archived pretreatment tumor specimens obtained up to 29 years previously, the Decipher 22-gene test showed that higher scores were associated with a 24% higher risk of distant metastasis, 27% higher risk of dying of prostate cancer, and 43% higher risk of death from any cause.

« The use of genomic testing to stratify patients into cohorts with higher and lower risk of metastasis could allow for personalization of therapy, which is where we eventually want to go, » said Paul L. Nguyen, MD, of Brigham and Women’s Hospital and Dana-Farber Cancer Institute in Boston, during a presentation at the American Society for Radiation Oncology annual meeting.

Other developments in prostate cancer during 2021 included:

Could Docetaxel Have Role in Unfavorable-Risk Prostate Cancer?

Mike Bassett is a staff writer focusing on oncology and hematology. He is based in Massachusetts.